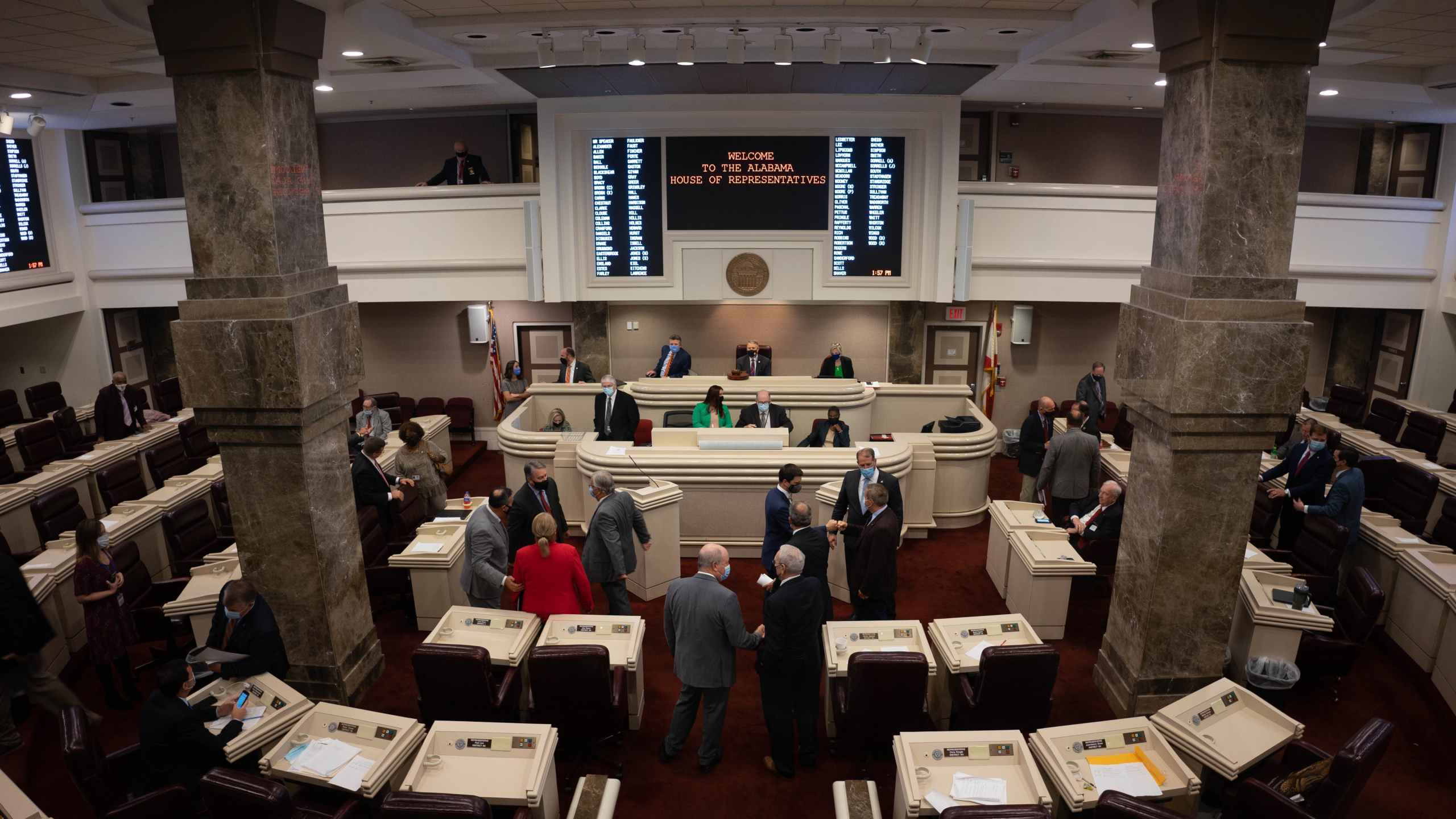 The floor of the Alabama House of Representatives during a special legislative session concerning prisons. JOHN H. GLENN/APR

In his first act as newly installed speaker of the House, Nathaniel Ledbetter, R-Rainsville, shepherded a new set of rule changes for the House to operate under in the new quadrennium.

The rules package contained numerous changes, but a handful stood out with a couple bringing contention from Democrats.

On the floor, the main concern from Democrat representatives was a rule regarding the contest of local bills, which pertain to only one county and have traditionally been voted on solely by the representatives from that county.

The previous rule allowed any one representative could contest a local bill, from inside or out of the county’s delegation, to delay the bill’s advancement.

The new rule makes it so that 11 people are required to contest a local bill not in their county. Within the delegation, the greater of two members or 20 percent of the delegation can contest the local bill.

The rule is a reaction to the actions of former Rep. Tony Hanes, R-Bryant, contesting multiple local bills in the last session in apparent retaliation for one of his own bills being blacked.

Democrats questioned why any number of people should be allowed to meddle with a local bill.

Rep. Joe Lovvorn, R-Auburn, the new chair of the House Rules Committee, said that one person could contest a local bill out of spite, whereas 11 members contesting the bill shows a broader reason to consider the opposition.

Ledbetter pointed to Rule 69 as one of the major rule changes that will move power from the floor to the committees.

“It really puts the power back into the committees by engrossing those bills in committees,” Ledbetter said. “I think going forward that will help us make smoother session days and also to give the chance for more people to come into the committee meeting to actually hear what’s going on.”

Under the previous rules package, amendments added in committee would be considered but the full House, but now the bill will come out of committee already amended.

Another new rule change will allow committee chairs to give four hours’ notice on meetings to consider bills from the Senate after the 20th legislative day.

Ledbetter said that will help move legislation at the end of session when lawmakers are anxious about getting their bills across the finish line.

Another change would allow a bill to be re-referred to a second committee before coming to the floor.

Lovvorn said the change is for rare instances such as the medical cannabis law that has two major components that could benefit by going to two committees.

Minority Leader Anthony Daniels, D-Huntsville, said “it could have been worse.”

“We are dealing in a supermajority environment, but we were able to negotiate and have conversations about not limiting (calendar) debate from an hour to 30 minutes,” Daniels said. “That was taken off the table, which was great … As a minority party, my job as a leader is to make the right adjustments to make certain that we still can play solid defense when we need to.”

The House will meet in a joint session today with the Senate to discuss and pass joint rules. The regular session begins in March.