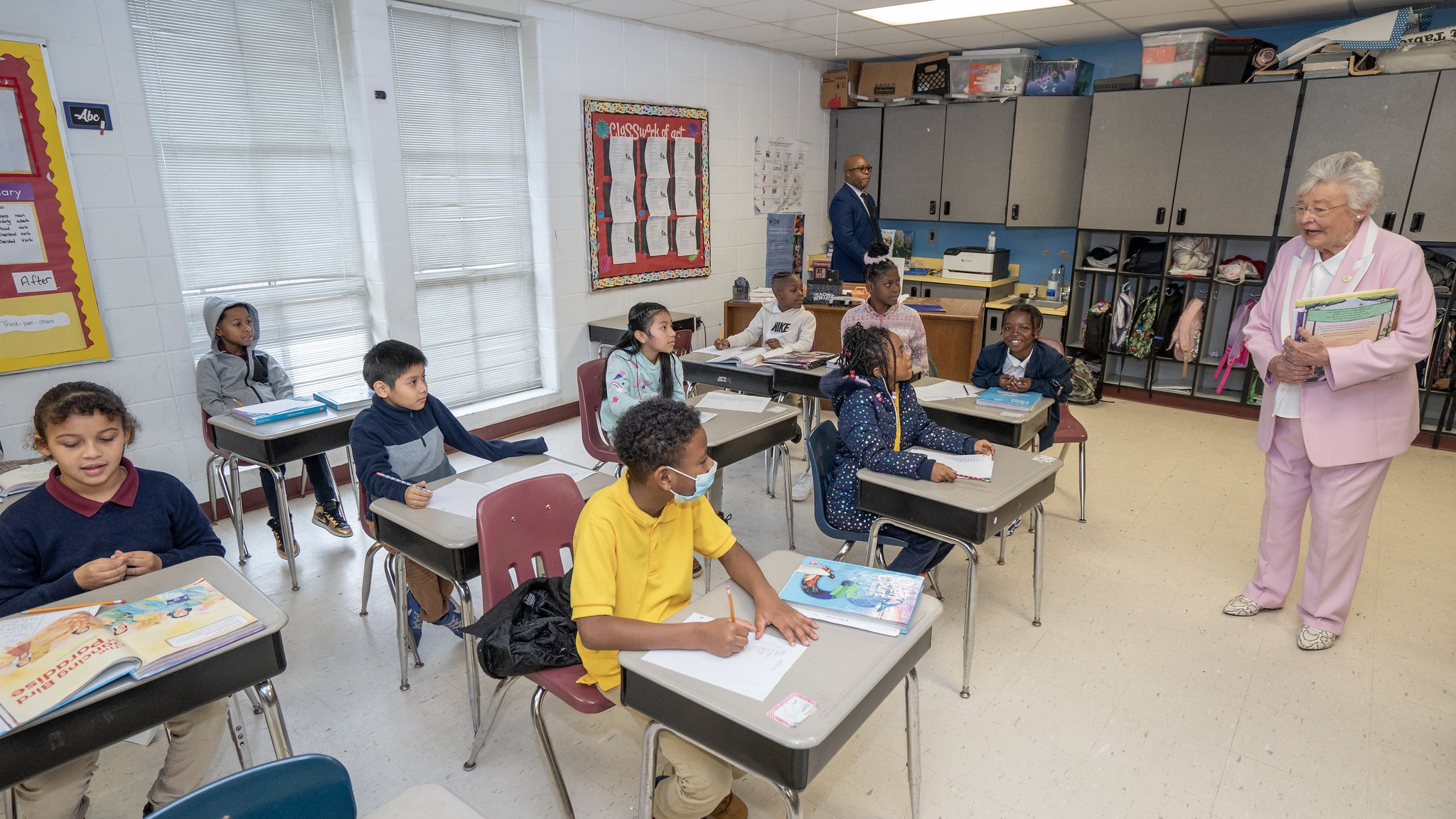 School choice is an excellent idea.

Over the last several months, it seems as if every Republican in the state has talked about their support for “school choice.” And with the upcoming 2023 legislative session just a few weeks away, you can bet that a number of “school choice” bills are being prepared by these same Republicans.

And finally, there’s a major ALGOP talking point and legislative focus that I can support.

Because I, too, fully support school choice.

Because my definition is simple: allow any student to attend any school within the county in which they reside (including the breakaway city schools within those counties) and provide impoverished students with transportation to make it possible for all students to take advantage of this freedom. Also, establish a rule giving students traditionally zoned for “failing” schools priority to enroll in the schools of their choice, ensuring that our most at-risk students receive the best education services possible.

And any school labeled as “failing” should immediately become a project school for the state, during which time state funding will be increased and necessary personnel hired to turn the school around and address known problems. Before- and after-school programs will be implemented or expanded and the state will work with various organizations to address surrounding social issues impacting student performance and attendance.

Also, every tax dollar going to a private/charter school must be accounted for and no public money should go to schools that have political or religious indoctrination as part of their curriculum. If you want your child to go to church school, you and the church can pay for it.

And that, folks, is actual school choice.

A level playing field free from bias and racism and indoctrination and bigotry. Just parents at all income levels with the ability to go wherever they feel their children will receive the best education.

But that’s not what the conservative “school choice” movement is about, is it?

They don’t want “choice,” they want segregation. Maybe not racial segregation (although, that’s exactly what a lot of them want), but segregation nonetheless.

And they want us to pay for it.

They don’t care about “a quality education.” That’s a catchy phrase meant to describe the environment in which they want their kids to be educated. If they actually cared about education results, no one would ever offer a solution outside of the modern public school.

It has no equal. Not for educating the masses. Not for taking on the social and economic and disability issues of every child that walks through the door.

There isn’t a study on earth that shows a private school or charter school performing better long term if they’re forced to educate the same percentage of impoverished and learning disabled students as the surrounding public schools. Even when they have more money to do so.

Now, none of this is to say that our public schools are perfect or without major issues. Of course there are issues. Issues ranging from the really, really dumb to the downright infuriating. There are issues of idiotic bureaucracy and mind-bending laziness, of shocking malfeasance and blatant nepotism.

But those problems pale in comparison to the good in our public schools. To the amazing teachers and administrators who work themselves sick trying to push the struggling kids over the hump and squeeze a little more effort out of the stragglers and coax the gifted to greatness.

These aren’t “woke” liberals indoctrinating kids. These are the folks who live down the street from you, who hug your kids on their first day and call you to let you know when there are problems. These are your friends from church and the ball field and the pickup basketball game.

You’ve heard them talk a thousand times about “my babies” and how hard they’re pushing a couple of kids, their late nights and long weekends and special projects.

Those caring, awesome people are in every public school in this state. Even the ones we’ve decided to label as “failing,” when what’s actually been failing for decades is Alabama’s handling of struggling, impoverished schools. They’re not “failing” because people quit trying.

But now, all of a sudden, because some politicians see an opening to stick their grubby hands into that sweet, sweet pile of public school dollars and slip a little bit to the folks who dump cash into their campaign accounts, you’re allowing yourself to be convinced that all of those good people – people who you know at schools whose colors you still proudly wear – are part of some weird political agenda. And instead, you should allow your tax dollars to go to these private businesses who don’t have to adhere to the same rules and standards and safeguards and rigorous accountability.