Former Chief Justice of the Alabama Supreme Court Roy Moore (R) from Gallant, the Montgomery based Foundation for Moral Law, and the Adoption Law firm filed a amicus curiae “friend of the court” brief in the U.S. Supreme Court, Judge Moore announced in a written statement Friday. Moore is arguing that the people of Oklahoma should be given the opportunity to vote on pro-life legislation that would have defined a “person” to include the unborn under the state constitution.  Roy Moore is the Alabama Republican nominee for the office of Alabama Chief Justice.

The measure (Initiative Petition No. 395) would have been on the November 6th Oklahoma General Election ballot; but the Oklahoma Supreme Court in April blocked the measure declaring that it would be “clearly unconstitutional” under the highly controversial landmark Roe versus Wade U.S. Supreme Court case which claimed that abortion was a right protected by the U.S. Constitution.

Chief Justice Moore said, “Our Declaration of Independence recognizes that life is an unalienable right endowed by our Creator. Our Founders understood that fact because the common law when our Country began recognized that ‘Life is the immediate gift of God, a right inherent by nature in every individual.’ The people of Oklahoma and every other state should be able to recognize that the right to life for every person, born and unborn, begins at conception.”

The Director of Personhood Alabama (which advocates for a personhood amendment in Alabama) Ben DuPré said in a written statement, “State personhood laws like the one proposed in Oklahoma are cutting-edge efforts to affirm the value of all human life against all threats against it.  If a person’s a person no matter how small, then abortion procedures and drugs, embryonic stem-cell destruction and lethal cloning all must go. It’s what makes personhood measures proposed in Oklahoma, here in Alabama, and many other states so comprehensively pro-life–and so hated by the pro-abortion industry.” Mr. DuPré is also an attorney for the Foundation for Moral Law. Personhood Alabama is a joint effort between Personhood USA and the Foundation for Moral Law.

Sam McLure with The Adoption Law Firm said, “The preborn child abandoned to the horrors of abortion is as much an orphan as those children left to themselves by the death or neglect of their parents.  The personhood amendment proposed in Oklahoma gives the state the authority to protect pre-birth orphans from having their lives intentionally taken without just cause.” The Adoption Law Firm is a non-profit organization based in Montgomery that handles adoptions and advocates for life instead of killing the unborn in abortion mills.

The Personhood effort hopes that by defining a “person” as beginning at conception that would allow states to protect the lives of the unborn under the 14th amendment of the U.S. Constitution.

Roy Moore’s Democratic opponent on the November 6th ballot is retiring Jefferson County Circuit Judge Robert Vance III.  Pelham attorney Harry Lyon had been Moore’s opponent; but he was removed from the ballot by an Alabama Democratic Party committee for comments about gays and his opponent which violated the party’s bylaws.

The Foundation for Moral Law is a non-profit, tax-exempt, 501(c)(3) organization headquartered in Montgomery.  The Foundation represents people involved in religious liberties cases and files amicus curiae (friend-of-the-court) briefs in both state and federal courts. The Foundation also holds seminars to educate people about the “necessity and importance of acknowledging God in law and government.” Currently, Chief Justice Roy Moore serves as President of the Foundation and Dr. Rich Hobson is the Executive Director.

To learn more about Personhood Alabama visit their website: 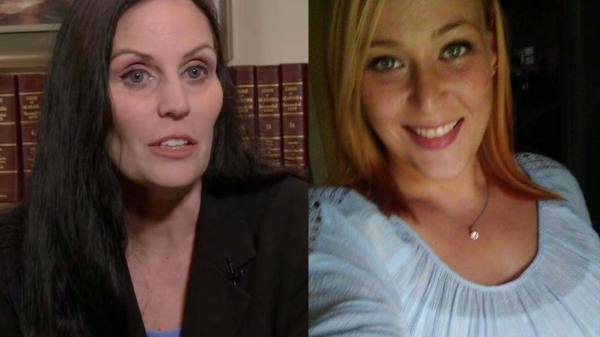