MONTGOMERY—Once again the specter of HB56, Alabama’s now, powerless immigration law is an issue for a new lawsuit. This time it is “simpler and shorter than to other efforts we have had to deal with on the immigration issue in Alabama,” says Sam Brooke, staff attorney for the Southern Poverty Law Center (SPLC).

The suit filed by the SPLC is a request for data gathered concerning the withdrawal of school children of Hispanic decent during the time period that some parts of HB56 were being enforced.

Under HB56 in Section 28 there was a provision that went into effect for two weeks starting on Sept. 29, 2011.

Section 28 provides that “[e]very public elementary and secondary school in this state, at the time of enrollment in kindergarten or any grade in such school, shall determine whether the student enrolling in public school was born outside the jurisdiction of the United States or is the child of an alien not lawfully present in the United States[.]” At enrollment, each child must produce his or her birth certificate. If a child’s birth certificate is unavailable or shows that the child was born outside the United States or to undocumented parents, the child has 30 days to prove his or her citizenship or immigration status; otherwise, the school “shall presume . . . that the student is an alien unlawfully present in the United States.” Schools must maintain this information and periodically report to the state legislature how many so-called “unlawfully present” children are in school.

Section 28 also provides that school officials can report students and their parents who are presumed to be “unlawfully present” to the federal government.

Section 28 was temporarily blocked by the federal Eleventh Circuit Court of Appeals Oct. 14, 2011, without explanation. In June, that Court issued its detailed ruling, emphasizing that Section 28 violated the Equal Protection Clause of the 14th Amendment.

According to Brooke, “At the time there were all sorts of press accounts of people who were leaving the state and the withdrawal of children from the school system.”

Subsequently, the US Department of Justice opened an investigation and asked the Alabama Department of Education to “share with us the records that show what happened to school attendance during that period, especially concerning those of Hispanic decent,’” Brooke said.

He says that it took some time for the DOJ to receive the data form the Department of Education “but they did get the data.”

Brooke says the fact of the data collection came to the attention of the SPLC in May after the DOJ sent a letter to the Alabama Department of Education saying, “It looked like there was a profound effect because of the immigration law.” Brooke says that the DOJ letter said there was a 13.4 percent withdrawal rate among the Latino population during the two weeks Section 28 of HB56 was being enforced.

“That caught our attention because we wanted to know and we thought the public had a right to know what was happening in the school system because of this law,” said Brooke.

At that point, the SPLC asked the Department of Education, to share the information with them. Brooke says the SPLC made it clear that they did not want names or any identifying information about the student, only the data points. “This surely should be available under the Open Records Act,” said Brooke.

Three weeks passed without a reply from the state, according to Brooke, “We again reached out to them and they said they had a few objection, we listened and said we would get back to them, we then meet all their objection and thought everything was resolved.”

But then came more stonewalling by the Department of Education, according to Brooke.

Brooke says that even with the full cooperation of the SPLC to meet the concerns of the Department of Education the information was still not made available.

“We finally said, ‘Do we need to go to court over this?’ They did not responded so, now we have a lawsuit.”

On Wednesday, Alabama Schools Superintendent Tommy Bice Responded to the lawsuit, saying the material requested was part of ongoing negotiations with the justice department and are not considered public records.

He also said the department believes in transparency while maintaining the privacy rights of students.

Brooke says the desire of the SPLC is to just have access to the information, “We hope the outcome will be that they will give us the data and we can withdraw the lawsuit.”

Brooke said, “The idea behind this is very simple in a transparent government information like this should be public. When the legislature says, ‘This law isn’t going to have a negative effect,’ the people have a right to see for themselves and decide for themselves if that is the facts.”

The legacy of HB56 has been troubling for the state, the fact that there is little to show for state time, money and reputation spent on anti-immigration.

In the end the Federal Government asserted its constitutional mandate when it comes to immigration law, leaving just one more lawsuit, in a pile of others fought and lost.

In this article:Alabama Department of Education, HB56, SPLC

The SPLC is providing $10 million in grants for outreach, voter mobilization and civic engagement

SPLC sued on behalf of two students who were falsely accused of having a gun and expelled despite being found innocent. 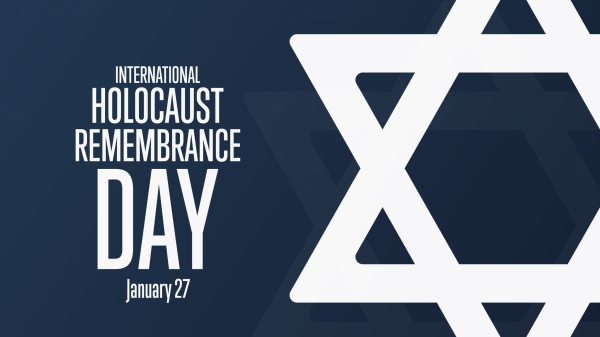