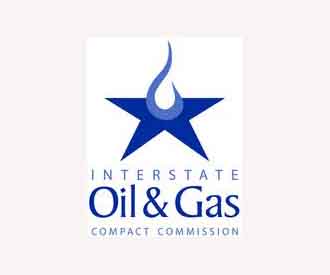 Governor Bentley said, “A strong energy supply is crucial for job creation, for economic stability and for making oil and natural gas more affordable.  We must reduce our dependence on foreign oil while making wise use of our domestic energy resources.  As chairman of the IOGCC, I will work closely with other states on policies that help us achieve that goal.”

IOGCC Executive Director Carl Michael Smith said, “Alabama is blessed with abundant and diverse energy supplies, including oil and natural gas, which are important to our country’s security.  IOGCC looks forward to Governor Bentley’s leadership for our 38 member states during 2013.”

Gov. Bentley said, “We all see the future promise of alternative sources of energy, such as wind, solar and biofuels; however, those sources are currently unable to meet all of our energy needs.  That’s why oil and natural gas will continue to serve an essential role for the foreseeable future, and that’s why we must continue to develop our North American oil and natural gas resources.”

According to Gov. Bentley’s statement, the IOGCC is a multi-state agency which advocates for environmentally-sound methods of increasing the supply of American energy.  The goal of the IOGCC is to keep oil and gas regulation within the states while advocating responsible energy policies

Governor Bentley says that he believes in developing America’s domestic energy resources while protecting the environment with proper procedures and regulations for the extracting of those oil and gas resources.

Gov. Bentley said, “By working with other states, we can conserve and develop oil and gas resources through safe and environmentally-sound operations.  I will work closely with the governors and representatives of all IOGCC states to help achieve the commission’s goals for the coming year.”

Governor Bentley is the first Alabama governor to serve as chairman of the IOGCC.

The IOGCC is a multi-state agency which advocates for environmentally-sound methods of increasing the supply of American energy.  The goal of the IOGCC is to keep oil and gas regulation within the states while advocating responsible energy policies.  The IOGCC will hold their 2013 Midyear Issues Summit in Point Clear in May.

Governor Bentley also is currently the chairman of the Appalachian Regional Commission and is the cochairman of the Governor’s Task Force on Prescription Drug Abuse through the National Governor’s Association. Bentley is also a member of the NGA’s Economic Development and Commerce Commission.