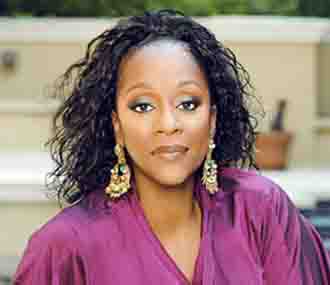 “I say to you today, my friends, so even though we face the difficulties of today and tomorrow, I still have a dream.

It is a dream deeply rooted in the American dream. “I have a dream that one day this nation will rise up and live out the true meaning of its creed: ‘We hold these truths to be self-evident: that all men are created equal.’

“I have a dream that one day on the red hills of Georgia the sons of former slaves and the sons of former slave owners will be able to sit down together at the table of brotherhood,” these words of Dr. Martin Luther King, Jr. echoed softly around the great walls of the Dunn-Oliver Acadome on the campus of Alabama State University on Monday.

The ASU choir in black and white lifted the crowd as they awaited award winning gospel singer Regina Belle.

Belle a four-time Grammy® Award and Academy® Award winning vocalist, whose hits have included such stellar offerings as “Make It Like It Was,” “If I Could,” “Dream In Color” and “A Whole New World” (with Peabo Bryson).

Belle took the stage to rousing applause then using her powerful voice she set spirits soaring with her soulful gospel songs.

Belle is the First Lady of New Shield of Faith Ministries in Atlanta, where her husband, John S. Battle III, is senior pastor.

On this occasion at ASU she used her gift as a pastor to preach a gospel of a life lived with focus like the Reverend Dr. King.

She began by saying to the students, faculty and guest present in the great hall, “If we are to achieve any level of greatness, if we are to be the innovators and leaders of this world it is going to depend on our ability to stay focused.”

She reminded all present that Dr. King lived his life with a focused purpose saying, “There must be a purpose in your focus. Dr. King has a purpose in the way he was leading America.”

Her words, rolling through the peaks and valleys of the civil right martr, told of King’s leadership, “He address the world, to address the problems of not just his people, or our people but all people.”

She stressed for those present that it was Dr. King’s “consistent commitment, leadership and focus on equality for all people,” that led to a day when the United States is led by a President of color.

Belle spoke of the many challenges that faced Dr. King and that like him those who want to make a difference must endure hardship. “He endured those trails and remained focused on the goal and not on the situation.”

Belle finished by saying that Dr. King’s focus allowed him to see an end, “Even when he was tired he did not quit, he was not a quitter.

‘“He keep his focus on what he saw.

“How do we know he saw something, because he told us, when he said, I just want to do God’s will.’”

The crowed rose to its feet in a standing ovation, while somewhere the words of Dr. King were echoing for those who still feel the string of oppression and the trials of injustice.

“Well, I don’t know what will happen now. We’ve got some difficult days ahead. But it really doesn’t matter with me now, because I’ve been to the mountaintop.

“Like anybody, I would like to live a long life. Longevity has its place. But I’m not concerned about that now. I just want to do God’s will. And He’s allowed me to go up to the mountain. And I’ve looked over. And I’ve seen the Promised Land. I may not get there with you. But I want you to know tonight, that we, as a people, will get to the promised land!

“And so I’m happy, tonight.

“I’m not worried about anything.

“I’m not fearing any man!

“Mine eyes have seen the glory of the coming of the Lord!!”

ASU was also ranked 32nd regionally among the top public universities in the South.

The historically Black university removed former Gov. Bibb Graves' name last year due to his ties to the KKK.

The funding is provided by Alabama's Public School and College Authority Board. 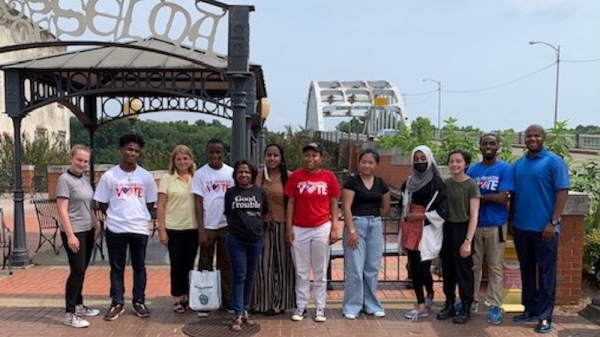