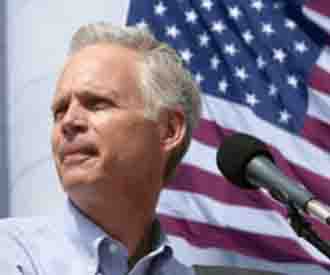 U.S. Senator, and rising Republican star, Ron Johnson (R) from Wisconsin will deliver the keynote address at “The Chairman’s Dinner” in Birmingham on February 1 in Birmingham. Also in attendance will be Republican National Committee Chairman Reince Priebus.

Ron Johnson ran for the United States Senate in 2010 after a successful career building a business from the ground up because he believes that the federal government is bankrupting America. Sen. Johnson believes that huge deficits, slow economic activity, high unemployment and woefully inadequate job creation are severe symptoms of the ever expanding size, scope and cost of government is.  Johnson defeated liberal champion Russ Feingold during the historic 2010 election.

Senator Johnson wrote, “Obama’s effort is bankrupting America. But worse, as government grows, our freedom recedes. The citizen’s relationship to government becomes the most important relationship in his or her life. The more important government is and the more that it tries giving us, the less room there is for others. We become more like the France that de Tocqueville knew — where the people did not work together voluntarily the way Americans did because they instead relied on the state, not each other.  There’s a better vision. It’s one where we work together, under the discipline of Adam Smith’s invisible hand, for mutual benefit without Washington directing every move. It’s one where government has a place — but the extraordinary spirit of the entrepreneur is primary.”

Also at the Alabama Republican Party will be Special Guest Reince Priebus, Chairman of the Republican National Committee.

Alabama Republican Party Chairman Bill Armistead said, “Reince was first elected Chairman of the RNC at their Winter Meeting in 2010 just a few weeks before I became Chairman of the Alabama Republican Party. It was also my honor and privilege to pledge my support along with Alabama’s National Committeewoman and National Committeeman to Reince in his re-election bid later this month.  Reince has already visited Alabama since becoming RNC Chairman. He was my guest at an event at the Governor’s Mansion in 2011 recognizing the members of the Foundation for our Future, our major donor program that allowed us to be so successful in the 2012 election cycle here in Alabama.”

Chairman Priebus wrote recently, “Republicans remain committed to our principles of fiscal responsibility and limited government. We hope Senate Democrats, who have not passed a budget in over three and a half years, and President Obama, who failed to keep his promise of cutting the deficit in half in his first term, will finally join us in doing what is right for our children, our families, and our economy. Federal government policies must encourage economic opportunity and upward mobility. That requires a pro-growth tax code and a government that lives within its means.”

This year’s Winter Meeting will be held on February 1 at the Sheraton Hotel in Downtown Birmingham adjacent to the Birmingham Jefferson Civic Center and the cost will be $150 per ticket.  There will be a reception at 6:00 pm followed by a dinner at 7:00 pm.  As of press time tickets were still available.

Go to the Republican Party website for more information: www.algop.org