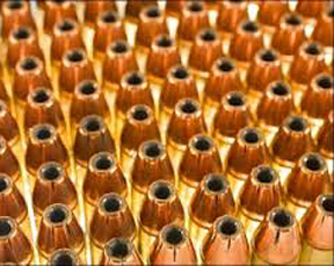 The Leeds Wal-Mart is limiting customers to just three boxes of bullets and/or shotgun shells and despite this most of the shelves are almost empty as gun owners rush to buy more ammunition in fear of their Second Amendment Rights being stripped by a President who appears to have little regard for the rights guaranteed to Americans through the Second Amendment.

The National Rifle Association (NRA) said over the weekend, “If you’ve wondered why ammunition and some firearms are so hard to find or much more expensive, it’s because of the current assault on our Second Amendment rights being spearheaded by the Obama administration and the nation’s media. Contact your lawmakers and tell them no more gun control.”

USA Today reported what we already knew.  Retailers say much of the demand is from gun owners who are stockpiling in case certain weapons are banned.  Normally the ammunition manufacturers could just increase their production; but the U.S. Government has much of their capacity tied up with its own efforts to stockpile ammunition.  The U.S. Department of Homeland Security has solicited bids for up to 1.1 billion rounds of ammunition over the next five years.  Obstensibly that ammunition will be used to training the 130,000 armed federal agents in various agencies.
Meanwhile President Obama’s massive expansion of federal limitations of Americans Second amendment rights is making its way through the U.S. Senate.  Few legislature watchers believe that the legislation sponsored by U.S. Senator Dianne Feinstein (D) from California has little chance of passing the Republican controlled U.S. House of Representatives.

The National Association For Gun Rights said, “President Obama and his anti-gun pals know the first step to CONFISCATING every firearm in America is registering them. Not just “some” guns. But every single one.  That’s why every speech and comment from Barack Obama, Dianne Feinstein, Joe Biden and the other anti-gun loudmouths, starts with a demand for “universal background checks” or “expanded background checks” or “grand-fathered gun checks.”  Don’t be fooled. Those background checks are gun registration.  Time and again anti-gun state and federal bureaucrats have been caught keeping records of the checks, including the name of the gun owner and the specific gun purchased.  Besides, would you ever want to trust Barack Obama or Eric Holder?  Of course not!  That’s why the National Association for Gun Rights is standing opposed to ALL efforts to give the federal government more information on gun owners.”