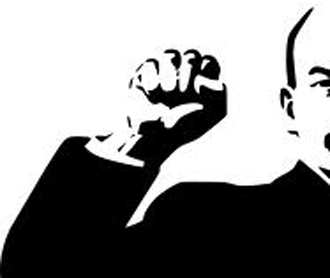 MONTGOMERY—Push back from the Governor and others concerned about the future of accountability in government has caused a Substitute of SB122 to be submitted.
SB 122 sponsored by Jimmy Holley (R-Elba) will place the power of many of the state’s governmental watchdog agencies into the hands of 12-man junta of legislative elites.
These handpicked legislators will be able to rule over the 6 newly-created agencies with an iron fist. Those who oppose SB122 see it as a threat to clear and honest oversight of the legislature and other government entities.
The bill seeks to abolish longstanding institutions such as the Legislative Council,the House members of the Legislative Council, the members of the Senate elected to the Legislative Council, the Joint Committee on Administrative Regulation Review, the Legislative Committee on Public Accounts, the Joint Fiscal Committee, the Legislative Building Authority, and the Permanent Legislative Committee on Reapportionment that have statutorily imposed functions with regard to supervising certain staff services and performing specified legislative functions.
SB122 takes control of these functions of government, while excluding the offices of the Speaker of the House, the President Pro Temp and the Lt, Governor.
“This subdivision shall not apply to the Speaker of the House of Representatives, the President Pro Tempore of the Senate, or the Lieutenant Governor.”
According to SB 122 there will be no oversight of salaries, budgets, accounting or purchase made by the Speaker’s Office, the Pro Temp’s or the Lt. Governor’s.
It is the Speaker of the House and the President Pro Temp who will appoint the member of this reining junta, yet they are not subject to any rules the committee might enact.
The Joint Committee on Legislative Operations will become one of the most powerful organizations in state government with the smallest level of oversight.
Perhaps one of the most cleaver ruses perpetrated by the Act is to exempt Joint Committee from the State’s Open Meetings Act.
In the language of the bill, the Joint Committee on Legislative Operations is under the Open Meetings Act except when it is not, “except as otherwise provided in subsection (e) and except that a meeting may be called on the same notice as a meeting of a committee of the House or Senate under the rules of the House or Senate.”
The Senate Rules for a committee meeting only require that there be 24 hours notice—unless it is deemed that that is not possible—and that members be notified and that there be a quorum. In other words, they can meet night or day at a moment’s notice and change the rules of the game depending on who is in charge.
This is the ultimate power grab and one that the Governor has spoken out against.
This bill put forward by republican legislators doesn’t even contemplate that one day they will be out of power. One Republican who did not want to be identified for this report said, “If the democrats had ever attempted such a power play Mike Hubbard would have been standing in front of the State House screaming into every TV camera in the state like a little red rooster. ”
But it seems that SB122 is designed to gather further power into the hands of the Speaker and Pro Temp, a proposition—given the current state of the dictatorial nature of the Speaker—that has given many conservatives heartburn.
The original bill did away with merit pay for employees who are responsible for conducting audits into allegations of public corruption. The substitute bill allows for current employees to keep their merit pay but not new hires. This will end merit pay through attrition.
This will lead to auditors who are afraid to find any wrongdoing by any well-connected politician.
A provision of the bill will turn the Secretary of the Senate and the Clerk of the House into little more than puppets for the ruling party. Currently these are elected positions giving the office holders the ability to do their jobs impartially. Under the new rule, the secretary or clerk could be forced from office on a whim, making them beholden to whoever is in power at the time.
The substitute bill is another attempt to hide the real purpose of SB122, which is to place total control of semi-autonomous agencies under the iron rule of the Speaker of the House and the President Pro Temp of the Senate. SB122 is an idea that is Machiavellian and corrupt.