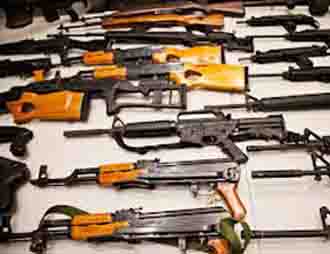 Over fifteen hundred Second Amendment supporters spent Saturday afternoon at the Von Braun Center in Huntsville at a rally to declare their support for Second Amendment rights. The rally was held by the South Huntsville Citizens Association and was held in conjunction with dozens of other similar resistance rallies held on Saturday across the country.

Birmingham area talk radio host Matt Murphy said, “This is the best attended rally I have seen across Alabama.”

Huntsville area talk radio host Dale Jackson said, We are all here because there is a very real threat to the Second Amendments. Yes there are people in the federal government who want to come to your house and take your guns and they have allies in the media.

Second Amendment attorney and author Greg Hopkins warned that “They find that every gun is a bad gun sooner or later.”

Linda Lawrence said, “Local law enforcement cannot guarantee our safety. The Supreme Court has ruled that police are not responsible for our safety.” Lawrence said that “Gun control always increases violent crime.” “Gun control actually kills more people because it emboldens criminals and emboldens the government to intrude on liberty.”

Alabama State Senator Paul Sanford (R) from Huntsville said, Sanford said, “The true debate is over the primacy of the individual or the primacy of the government. Government and liberty are natural adversaries. The founders understood that.” Sanford said that he was there, “To defend my radical belief that we should have the right to keep and bear arms.”

Bill Parsons with the Friends of NRA in Huntsville said, “If you are not an NRA member you should be.” “The NRA is about all there is standing between us and you losing our gun rights.”

Alabama State Senator Clay Scofield (R) from Arab said, “We are representing you. It is our job to make sure this (the Constitution) is upheld.”

Madison County Chief Deputy Chris Stevens said that the Madison County Sheriff said, “If the federal government wants your guns they can come get them It wont be us.”

Alabama State Senator Bill Holtzclaw (R) from Madison said that when he was a Marine in Mogadishu, Somalia that they began by disarming the populace: “We took weapons from the good guys who were protecting their families.” Hotzclaw said that the Marines soon realized that they had made a mistake and warned that gun confiscation in the U.S. would have a similar effect.

Matt Murphy said, “The next time Joe Biden asks you why you need an AR-15 or some other gun tell him: the Founding Fathers created the bill of rights not the bill of needs.”

Jackson said, “Do the bad guys follow the rules? I believe it is against the law not to shoot somebody. The answer is not to pass another law. Jackson said, “They have no legitimate argument to justify what they want to do so they ridicule you. The threat is real. The attack on the Second Amendment is real. Do not let them mock you. Do not let them scare you into being silent.”

Lawrence said, “Some of our state legislators believe that the Supremacy clause means federal law trumps all state laws.” Lawrence said that that is misusing the Supremacy clause. Lawrence said that legislators swore an oath to defend the federal Constitution and, “Any law that infringes on our second amendments rights is unconstitutional and that Alabama state legislators must stand in the gap to defend the Constitution and the liberties it protects against all usurpers foreign or domestic. “The federal government will confiscate our guns. We can not allow it to happen here.”

Scofield said there is a reason why the Second Amendment is the number two amendment in the bill of rights. “It backs up the First Amendment and all the others.”

Rally organizers auctioned off a quail hunting package in Georgia which brought $1600 for their cause.

State Representative Mike Ball (R) and the Madison Mountaintop Band performed before the rally began and during the intermission,