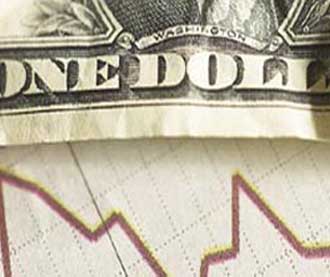 During the Presidential debates, Republican challenger Mitt Romney warned of the looming sequestration cuts that would hit unless Congress and the President were able to come to terms on deficit reduction. President Barack H. Obama dismissively told the television audience that night that that would never happen. The people chose to reelect President Obama and now we are dealing with sequestration as President Obama seems unable to find any wasteful spending to cut in the mammoth federal budget.

Congresswoman Martha Roby (R) from Montgomery said in a written statement on Thursday, “The sequester” cuts went into effect last Friday, but that has not stopped our efforts to replace the “sequester” with smarter cuts based on real budget priorities. Earlier today, the House passed legislation to fund the government through the remainder of the fiscal year and provide some flexibility for the Department of Defense in handling the “sequester” military cuts. Military leaders have made clear that the “sequester” cuts will hurt operations and impact readiness, but this bill allows the military to have a funding outline under which to operate. I hope that the Senate will take up the legislation next week in order to protect those who protect us.”

Congressman Spencer Bachus (R) from Vestavia said that entitlements is where reform is needed, “Chairman Bernanke has told us to focus on long-term structural changes to our mandatory spending programs, most of all our entitlements, and that ought to be our focus. It will have a long-term beneficial effect and it will not retard economic recovery. To the President and Congress, I say quit fiddling around, get to work, and let’s come up with these structural changes.” Congressman Bachus said that the Congressional Budget Office is estimating that at their current rate of growth, spending on entitlement programs like Social Security, Medicare, and Medicaid and payments on the national debt are on a course to eventually consume all federal spending. Bachus warned that while the attention of Congress and the nation this week is on the sequester, the long-term solution to getting a balanced budget, “must include meaningful entitlement reform.”

U.S. Representative Jo Bonner (R) from Mobile said in a written statement Monday, “Just because sequestration is upon us doesn’t mean that an agreement still cannot be reached. The sequester trims defense and non-defense discretionary programs, (Medicare capped at two percent and Social Security and Medicaid are both exempted) until the end of the fiscal year (September 30, 2013). However, there is nothing to prevent lawmakers from halting the sequester if an appropriate amount of offsetting spending cuts can be agreed upon. Speaker Boehner has called on President Obama and Senator Reid to join the House in serious discussions over ways to implement smarter budget cuts and reforms. Until such time as the president agrees to work together with Congress, budget cuts will be made one way or another.”

Congressman Mike Rogers (R) from Saks said on Wednesday, “Our nation is facing a crippling debt crisis. Long term spending by Washington must be brought under control and we must adopt reforms that move us toward a balanced budget. This bill is a step in that direction that reduces overall spending to sequestration levels while funding priorities for our military and veterans.”

On Wednesday the House of Representatives passed H.R. 933, the Department of Defense, Military Construction and Veterans Affairs, and Full-Year Continuing Appropriations Act, 2013. The bill would fund the Federal government through the end of fiscal year 2013 and postpone the sequestration crisis to September.

Rep. Rogers said, “This bill is a step in that direction that reduces overall spending to sequestration levels while funding priorities for our military and veterans.” “Should it become law, this bill could offer a little breathing room to the Department of Defense by offering certainty to their budget that was indiscriminately slashed by President Obama’s sequestration plan.” “I urge Senator Reid and Senate Democrats to debate this bill immediately.”
It is unknown whether or not the Senate will vote on H.R. 933 and whether or not the President will support the legislation.

Rogers joins a chorus of Republican lawmakers planning to object to the counting of electoral votes of several swing states.