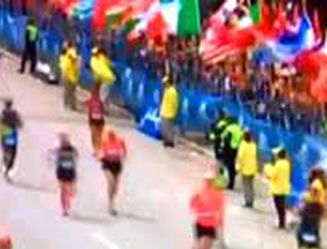 On Monday a terrorist or terrorists reminded all of us that the global war on terrorism continues and that they can still hit us at home.  Two bombs ripped into the City of Boston along the Boston Marathon route.  As of press time three people are dead, including an 8 year old boy (Martin Richards) and over 140 were injured.  Two other explosive devices were found and have been disarmed.  The Federal Bureau of Investigation (FBI) is leading the investigation. Like many Americans, Alabama leader took to social media to offer condolences and prayers.

Alabama Governor Robert Bentley (R) said on Facebook, “We are praying for everyone affected by the tragedy that has taken place in Boston today.”

Congressman Spencer Bachus (R) from Vestavia said in a written statement, “The House of Representatives held a moment of prayer tonight for the victims of this senseless bombing at a sporting event that brings such joy to its participants and to the family members and spectators who line the streets of Boston to watch the race. There is much that we do not know this evening, but we know that the person or persons who carried out this terrible act must be held fully accountable under the law. As Americans, we come together at times like this to show our support for those who have suffered personal losses and to demonstrate our resolve as a society against actions designed to spread fear and harm the innocent.”

Congresswoman Terri A. Sewell (D) from Selma said on Twitter, “My thoughts & prayers go out to the people of #Boston & all of those affected by the tragedy at the Boston Marathon.”
Congressman Mike D. Rogers (R) from Saks said on Facebook, “Our prayers are with everyone in Boston tonight after today’s terrible events.”

Congresswoman Martha Roby (R) from Montgomery said, “Horrific news and images from Boston. We’ll wait for accurate info, but let’s pray right now for all those who are hurt.”
Alabama Secretary of State Beth Chapman (R) said on Facebook, “Prayers for the people of Boston – prayers for our nation!”

Alabama State Representative Paul John DeMarco (R) from Mountain Brook said, “My thoughts and prayers are with those injured in Boston today – I know we had a number of runners from Alabama in Boston for the marathon.”

Alabama Commissioner of Agriculture and Industries John McMillan (R) said on Facebook, “More explosive devices have been found in downtown Boston, directly related to the senseless bombings at the Boston Marathon finish line. Let us say prayers throughout the day and night for those wounded and survivors of those dead. May law enforcement authorities capture the cold-blooded killers who committed these crimes.”

As of press time no one has taken responsibility for the attack and authorities have not announced who they think is responsible for this act.  Whether that attacker(s) is Islamo-fascists angry over American Middleast policy, domestic anarchist terrorists targeting his/her fellow Americans on tax day, or someone local with some sort of a grudge against the marathon is unknown at this time.