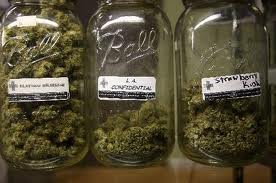 The Alabama Safe Access Project has announced in a written statement that their Alabama Cannabis and Hemp Reform Act legislation, House Bill 550, will have a hearing in an Alabama House Committee meeting on Tuesday.

On Monday, Ron Crumpton wrote, “We have just found out that HB-550, the Alabama Cannabis and Hemp Reform Act of 2013, will be receiving a hearing in the Alabama House Committee on Public Safety and Homeland Security tomorrow at 11 a.m.  Just a few days after Chairman Hammon said that the bill would not receive a hearing… The bill is receiving a hearing!”

Crumpton continued, “This is an important piece of legislation that removes the criminal penalties for the possession of marijuana. At the same time, the bill would create about 5000 new jobs and estimates show that bill would create $1 billion in revenue for the state of Alabama.  If you are able, I urge you to join Alabama Safe Access Project at the Statehouse tomorrow.”

Proponents of medical marijuana argue that it is a useful pain killer that has the added benefit of improving appetite (especially useful for people undergoing chemotherapy).  Opponents argue that there are other pain killer that do the same thing without some of the side effects and that medical marijuana will only be abused by people who enjoy the herb’s recreational properties.

The U.S. Department of Health and Human Services has looked at the evidence and has come to the conclusion that “marijuana has no currently accepted medical use in treatment in the United States.

Opponents say that if Alabama legalizes medical marijuana every recreational user can in the state will claim he/she has back pain to get prescriptions and then will be trade their surplus making the “whacky weed” even easier to get.  Alabama is already the number one state for prescription drug abuse.

Proponents counter that marijuana couldn’t possible become any more accessible on the black market than it is now.  Some estimate that as many as 15% of the American population uses marijuana and that criminalization only puts more money in the hands of violent criminal cartels who are often also in the business of selling much more dangerous drugs as well as trafficking in illegal guns and prostitution.

The House passed SB46, the medical marijuana bill, 68 to 34, then the Senate voted to concur.