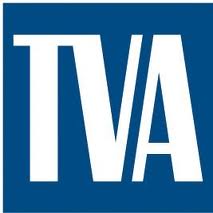 WBIR Channel 10 in Knoxville is reporting that a TVA spokesperson has confirmed that a security officer patrolling TVA Watts Bar Nuclear Plant in Spring City, TN was involved in a shootout with a suspect Sunday at about 2:00 a.m.

According to TVA spokesperson Jim Hopson a trespasser accessed the site by boat from the Tennessee River side of the plant.  He then walked onto the property where he was approached by a security officer. When the officer questioned the suspect, the suspect pulled a weapon and fired multiple shots at the officer. The officer returned fire and called for backup.  The suspect then escaped on his boat.  The suspect was wearing a dark hooded sweatshirt.

Hopson said, “We’ve seen instances where everyday events can be used by those who want to do harm, we all need to be on the lookout for unusual events and then respond appropriately when those things happen,”

Bullets struck the vehicle, but the officer was not injured in the attack.  The suspect never got within a quarter of a mile from the actual reactors and had not breached the plant’s fences.

The TVA has labeled the incident as an “unusual event,” which is the lowest emergency classification by the Nuclear Regulatory Commission.

The FBI, TVA and NRC are investigating the incident.

TVA has announced that they are adding additional armed security patrols at the plant.