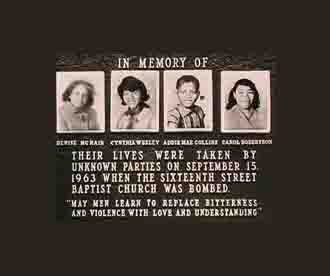 “I was proud to co-sponsor this resolution honoring the memories of those four little girls by bestowing Congress’ highest honor – the Congressional Gold Medal,” Rep. Roby said. “On that morning 50 years ago, those girls didn’t know their lives would be taken from them in a cruel act of violence. They didn’t know they would be victims of an attack that became a turning point in the Civil Rights Movement. They just knew it was time to go to church with their families and friends.

“Today, we honor the memories of Addie Mae Collins, Cynthia Wesley, Carole Robertson and Denise McNair, who died as innocent victims in a struggle for freedom. In doing so, we also honor all those who sacrificed so much during the Civil Rights Movement to ensure that every American enjoys justice and equality under the law. I appreciate the leadership of my Alabama delegation colleagues, Reps. Terri Sewell and Spencer Bachus in getting this resolution passed.”

According to the House Historian, “Since the American Revolution, Congress has commissioned gold medals as its highest expression of national appreciation for distinguished achievements and contributions.” To learn more about the Congressional Gold Medal and see a list of previous recipients, visit http://history.house.gov/Institution/Gold-Medal/Gold-Medal-Recipients/. 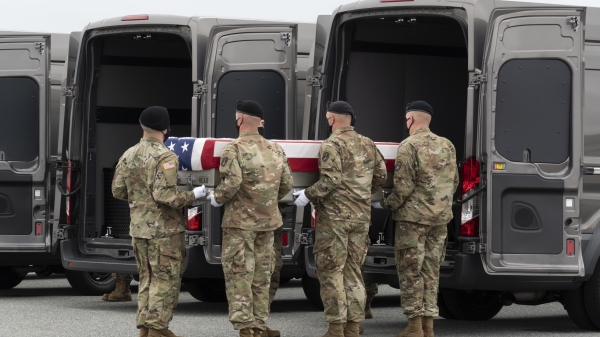 The resolution would give all 13 a Congressional Gold Medal posthumously.

"I cannot adequately express how deeply thankful I am for the confidence my constituents have placed in me over the years,” Roby said.

“With only a few days left in the 2020 legislative calendar, we have much work to do here in Congress," Roby said.