By US Rep. Mike Rogers

When I’m back at home at the grocery store folks often tell me they just don’t understand what Washington is up to.

A recent example of this has been the debate over gun control in the U.S. Senate, as President Obama worked to pass new gun control laws. Each amendment to increase the number of gun laws was defeated.

The center piece was a proposal to expand background checks. The authors, Senators Joe Manchin (D-WV) and Pat Toomey (R-PA), claimed it would help prevent criminals from purchasing guns.

I disagree. If this proposal were law it would have outlawed private sales of guns and would have required approval from the Federal government to transfer guns even between some family members.

Interest in buying guns seems to be at an all time high. According to the FBI, in 2012, over 19.5 million Federal background checks necessary for gun sales were conducted.

Though this doesn’t mean that a gun was actually purchased, it does represent a 19 percent increase over 2011.

Further anecdotal evidence of these figures is that gun rights is the top issue folks from East Alabama have contacted me about recently.

My view is instead of pushing for more gun control measures, current laws should be enforced. Earlier this month, I called on Attorney General Eric Holder to enforce current guns laws.

Prosecution of those violating Federal gun laws is at the lowest level in over a decade. In fact, in 2010, of the over 76,000 background check denials, only 62 have resulted in prosecutions.

Honest people can disagree and statistics can be manipulated, but the Second Amendment of the Constitution guarantees our right to keep and bear arms. It should be defended and protected – just like all of our deeply revered rights – like the freedom to worship and the freedom of speech.

As always, my staff and I are here to serve you.
Sincerely,
Mike Rogers
Alabama’s Third District 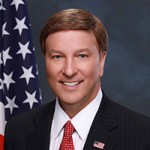