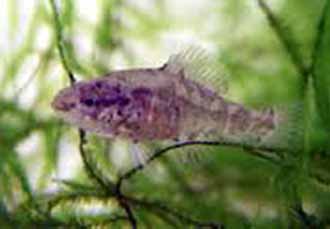 The U.S. Fish and Wildlife Service (USFWS)has extended the public comment period on their plan to preserve the Spring Pygmy Sunfish.

According to a written statement by the USFWS, the Spring Pygmy Sunfish is threatened with extinction in the foreseeable future. The fish currently exists only in Beaverdam Spring/Creek in Limestone County. The fish used to live in two other creeks, but according to biologists are no longer found in those areas.

Biologists attribute the fish’s decline to water pollution, impoundments, and reduced water quality. The USFEWS has has re-opened the comment period on the October 2, 2012, proposal to protect this sunfish under the Endangered Species Act (ESA) until May 29, 2013.

The fish’s future could be threatened by proposed urban and industrial development in the area. Threats to the Spring Pygmy Sunfish include increased use of groundwater and surface water as well as excessive stormwater runoff which contains herbicides, pesticides, and suspended sediment.

The USFWS is proposing declaring eight miles of stream and 1,549 acres of land as ‘critical habitat’ for the preservation of the species.

45% of the stream bank and 39% of the land is privately owned. The rest is federally owned.
In addition, the public can also review and comment on the draft economic analysis estimating the potential fiscal impacts of the critical habitat designation. The area includes the Beaverdam Spring/Creek system where the fish currently lives as well as the Pryor Spring/Branch watershed where biologists believe that the spring pygmy sunfish could potentially be reestablished.

The 1,549 total acres identified as critical habitat is 67.6 acres less than the 1,617 acres previously published in October 2012. According to the USFWS the reduction was due to a boundary error. The USFWS has determined that the 67.6 acres is not essential for the conservation of the species.

The public is invited to study the plan and the economic impact statement and to comment on the plan.