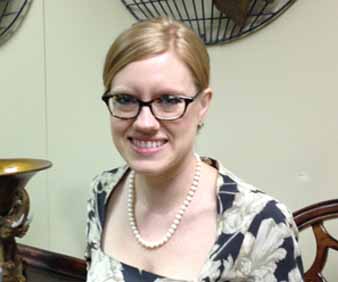 Rumor had it that David Azbell – who is currently paid an $8,000-per-month state salary by Hubbard – used his position at the time, Communications Director to ex-Gov. Bob Riley, to allegedly sexually harass and discriminate against a female staffer in the Riley administration.

The story is no longer just an undocumented rumor.

The Alabama Political Reporter has obtained a copy of the Settlement Agreement in which the Riley administration offered a $53,000 pay-off to staffer Melissa C. George, an employee in Riley’s proclamations office, to drop the threat of civil lawsuit, quit her state job and quietly go away. The Settlement Agreement, dated Dec. 17, 2003, was signed by Riley, Azbell and Riley’s chief of staff, Toby Roth. It described Azbell as having “harassed” and “discriminated” against George. The document also states the neither RIley nor Roth were aware of the Azbell’s boorish behavior.

According to settlement agreement, the State of Alabama paid $53,000 to George  – with the stipulation that she leave her state job, but as part of the agreement Toby Roth was to write her a letter of recommendation on his official letterhead.

Melissa George was contacted for this report but would only say, she was not suppose to talk about it. However, there can be no valid confidentiality agreement when state dollars are used in such matters.

Telephone messages seeking comment were left for Azbell.  He did not return the calls. George apparently provided the Riley administration with a lengthy written complaint documenting Azbell’s alleged harassment. No records beyond the Settlement Agreement were found by the state archives. Roth refused to answer questions presented by the Alabama Political Reporter concerning the case.   “It was the policy of the Riley administration to not comment on past employees,” he said.

The Settlement Agreement authored by Riley administration lawyers forced Melissa George, the reported victim of sexual harassment, to quite her job, and to walk away. Azbell, too, was allowed  to resign. But no harm to Azbell. He found work almost immediately through his connections with Riley and Mike Hubbard.

Hubbard employed Azbell when he was House minority leader up until 2010. When Hubbard became Speaker of the House, Azbell was by his side.  Azbell is Hubbard’s go-to man for messaging and mischief. Azbell is currently paid $8000.00 dollars a month in taxpayer dollars to work for Hubbard under the corporate name of Azbell Communications.

Azbell is also the co-author of Hubbard’s vanity book, Storming the Statehouse. He is a founding partner in the lobbying firm Swatek, Azbell, Howe & Ross (SAHR). Dax Swatek, David Azbell, Tim Howe and John Ross lobby for some of the premiere companies in Alabama.