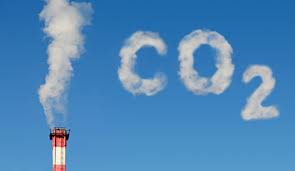 The U.S. Energy Information Administration has released new information claiming that U.S. carbon dioxide (CO2) emissions have risen following a decade of declines due to the post-recession economic recovery.

In total output of energy related CO2, Alabama is the 16th highest state. The top states for total energy related CO2 emissions are some of the most populous: Texas, California, Pennsylvania, Ohio, and Florida.

Many scientists and environmentalists claim that rising CO2 emissions could potentially raise temperatures, sea levels, coastal flooding, and the risk of severe weather. Many claim that humkan activities like burning fossil fuels are responsible for much of the increase. Critics contend that the earth has been in a naturally occurring warming period since the end of the last ice age and that human activities have little if any affect on total CO2 levels in the atmosphere.

Similarly, there is great division on what (if anything) we should do about it. Climate change alarmists have suggested using the force of government to make people drive less, consume less, and conserve more in an attempt to slow the rate of CO2 emission growth.

Opponents say that we (Americans in particular) enjoy longer lives and a level of comfort unseen in human history precisely because of inventions including electricity and the internal combustion engine and that North America has a gold mine of coal, natural gas, and oil reserves (including oil sands) to develop and that we would be foolish not to grow our economy, by developing our own energy resources further. Alabama has vast coal reserves that produce thousands of jobs. Some opponents claim that the government and the United Nations are using scare tactics to grow their own political and economic power and that is the real agenda behind the “global warming” hysteria.

Efforts to produce cleaner electricity generating capacity have had limited success. 44.9% of America’s electric power comes from coal. 23.4% comes from burning natural gas and 1% comes from oil burning electric power plants. 20.3% comes from nuclear power plants. Nuclear power is clean but the cost of building a new nuclear powerplant is in excessive. Georgia Power estimates that their two new nuclear reactors at Vogtle will cost $14 billion; plus $3 billion in new transmission lines. Additionally the public has concerns about the safety of nuclear power and there is the added cost of storing the nuclear waste. Hydro-electric power generates 6.9% of America’s electric energy needs, but there is enormous cost to building new lakes and dams.

Despite billions in subsidies, the other renewable sources of electricity (primarily wind mills and solar) generate just 3.2% of our current power needs. While the number of wind mills and solar panels are likely to increase (given the enormous amount of subsidies that the federal government is dumping into renewable energy) it is highly unlikely that that will be enough to handle America’s growing energy needs, much less be great enough to replace our existing fossil fuel generating capacity