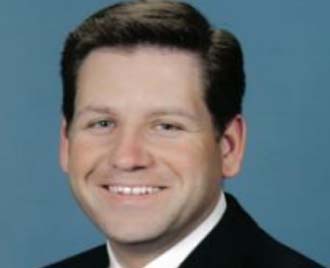 Alabama Republicans like their incumbent Congressmen. Primary challenges to Representatives Spencer Bachus, Jo Bonner, and Mo Brooks were easily defeated by the incumbents. Democratic challengers to Representatives Martha Roby, Mike Rogers, Robert Aderholt as well as Bachus and Brooks were similarly crushed in the 2012 election. Veteran U.S. Representative Spencer Bachus from Vestavia is in his eleventh term in the Congress and has thwarted the efforts of every rival (Republican or Democrat) and based on history can likely serve in his safe district as long as he wants. Most political insiders doubt that any of the six are vulnerable, which is why Thursday’s announcement that Rep. Jo Bonner is retiring is such a game changer.

Alabama politicians including many who would never have dared challenge the likable Bonner suddenly see an open seat and the possibility that they could go to the wild wild world of Washington politics. Bonner’s retirement is set for August 15th and Alabama Governor Robert Bentley (R) will set the special election to find the new U.S. Representative for Alabama’s first congressional district.

State Representative Chad Fincher (R) said on Twitter, “Strongly considering a run to replace Congressman Jo Bonner. Congressman Bonner has been a great leader for south AL!” Fincher’s profile within the Republican Party has been greatly increased recently by his sponsorship of the controversial Alabama Accountability Act. Fincher was recently declared a “rising Republican star” for his work in the legislature.

Already American Spectator contributor Quin Hilyer has announced that he is running for the seat. Hillyer said in his American Spectator announcement, “I am a constitutional conservative—and an “opportunity society” conservative as well, hearkening back to the Reagan-Kemp era of prosperity and liberty. Free men and women, with free minds, in a free market, produce abundance and a vibrant society.” “I am a full spectrum conservative. Mostly libertarian on economics, firmly for a strong defense, and for traditional values.”

Al.com’s George Talbot is reporting that both Alabama State Senator Trip Pittman and former state Senator Bradley Byrne have told him that they are strongly considering runs for the seat.

Byrne was a Republican Party favorite to succeed Gov. Bob Riley, but his campaign was ultimately thwarted by several $$millions of attack ads, reportedly paid for by the Alabama Education Association (AEA) who were angry at Byrne’s management of the two year college system. The outspoken Byrne was villified as “too liberal for Alabama,” in the brutal campaign. Byrne had the most votes in the Republican Primary but was defeated in the Republican runoff by Alabama State Representative Robert Bentley, who went on to become governor.

Sen. Pittman is a tractor dealer in Daphne and is the Senate Finance and Taxation Education committee chairman.

Alabama State Representative Jim Barton (R) from Mobile has already removed his name from consideration. Barton said on Facebook when asked if he was running for the office by a constituent, “Thanks but no. Several good friends are looking at it now.”