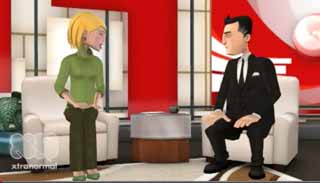 MONTGOMERY–On the last day of the legislative session, House Democrats were up to more antics than their bow ties suggested.

Not only was the last legislative day “Napoleon Bracy Day,” during which all of the House Democratic Caucus members wore bow ties in honor of Bracy’s (D-Prichard) typical fashion, it was also a day of “scandal.”

Hubbard took to Facebook, calling the scandal, which has since been dubbed ‘Speaklight Gate,’ an attempt to shut down debate–a “heinous act” and “one for the books.”

In fact, the light had been disassembled by Representative Chris England (D-Tuscaloosa) as a joke.

Hubbard’s Facebook comments provided background to his accusations for those who were unfamiliar with the scandal.

“During debate last night, a bill was gaveled through over my objection because my speak light wouldn’t stay on. I looked and saw Jay in my seat, went up and found my speak light had been dissembled and pilfered. I raised the issue from the floor, questioning extensively why Jay would do such a dastardly deed, and no one told me he wasn’t the button snatcher. This morning, I posted on the issue for the sake of levity. In the comments that followed, I learned for the first time Jay did not in fact abscond with my speak button,” Hubbard wrote.

Since redistricting, Hubbard moved into a house in Love’s district, meaning the two will likely be opponents in 2014 if Love seeks reelection.

England publicly apologized for the confusion, calling it a “simple joke on [his] friend, fellow Democrat, and also the guy who happens to sit next to [him] on the House floor.”

Hubbard’s Facebook posts took on a more tongue-in-cheek tone, saying that Love “has been absolved of any direct involvement in the crime,” however “authorities are still looking into whether he served as England’s lookout.”

Regardless of the resolution, “Speaklight Gate” has definitely been one for the books, prompting creation of a YouTube video poking fun at the “scandal.”