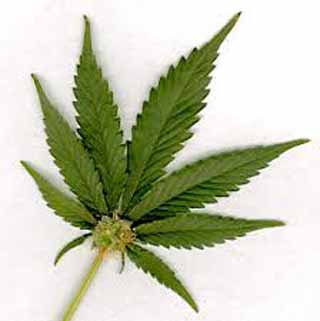 MONTGOMERY—Ron Crumpton has announced that he intends to run for Alabama’s state senate in 2014.

Crumpton, who is from Cropwell, Ala., will run for the 11th senate district, which is currently represented by Jerry Fielding (R-Sylacauga). He has not stated his party affiliation for this campaign, however his fan page lists “Democratic Libertarian” and his personal page lists his political views as “Libertarian Republican.”

Representative Jim McClendon (R-Springville) has also expressed an interest in running for this senate seat.

Crumpton is known around the state house for his work with Representative Patricia Todd (D-Birmingham) on legislation to change the legal status of medicinal marijuana. He is also the executive director of the Alabama Safe Access Project (ASAP) and has worked with the Alabama Medical Marijuana Coalition.

His campaign slogan is “common sense is making a comeback,” which is printed on his “rack cards” and tri-fold cards, according to his Facebook posts. The card says the materials are “Paid for by Friends of Ron Crumpton” but no records have been filed with the Secretary of State for this campaign committee at this time.

His Facebook fan page has his first campaign event listed as Redneck Regatta at Dee Ford’s Old Mill Saloon in Talladega on June 8.

“We need everyone to bring their friends to an event. If we want to change the politics in Alabama, we have to get the people involved. We are going to have to get people who usually don’t vote, or who have never voted before to vote in this election,” Crumpton says.

Since redistricting, this seat will be more difficult for a Democrat to win in 2014. The primary will show whether the voters can move past Fielding’s roots as a Democrat and support him as their nominee or whether they will choose a new candidate for the Republican ticket.