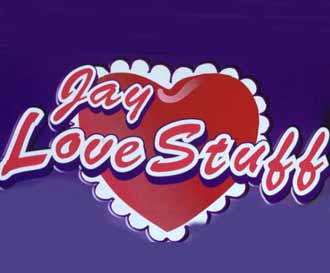 Representative Jay Love (R-Montgomery) was the target of the push card that read, “Jay Love Stuff, More Bang for Your Buck!”

A play on the adult “toy store” located on Montgomery’s Eastern Boulevard, the card is part of a series of campaign literature published by the Foundation for Education Accountability, P.O. Box 1874, Carrollton, GA 30112. Previous mailers include pieces on Speaker Mike Hubbard

The back of the expensive card lists news articles that seem to question some of Love’s personal and legislative actions.

In an interview with the Alabama Political Reporter, Love said, “I served in the Legislature for 11 years and been a part of legislative campaigns and congressional campaigns so nothing surprises me.” But he also expressed his disgust over the juxtaposition of his name and likeness with that of the adult establishment, feeling that even by campaign standards this was a low choice.

In the mailer Love is accused of “craft[ing] secret legislation that would steal money from public schools to pay tuition of children already attending private schools,” a reference to the Alabama Accountability Act. Love was part of the conference committee that enacted what is now known as the “switch-a-roo,” adding 20 pages of legislation in a closed-door meeting.

Love, who is a very successful businessman in Montgomery and whose children are enrolled in private school, was reported as saying he would take advantage of the $3,500 tax credits available to him under the AAA.

The mail piece indicates that Love’s family would enjoy around $10,000 per year in tax breaks owing to the passage of the AAA. However, Love said, “If what the Revenue Department is saying [is right] then I would not qualify for any sort of tax credit because my kids are currently in private school.” Who may receive the tax credits has been an area of confusion with the Accountability Act since its late night passage.

Governor Bentley has expressed that he didn’t want state tax credits going to those with children already enrolled in private schools, but the issue remains undecided.

Love says, he believes that the amendments passed at the end of session “tightened up some” some of the more ambiguous language within the law. He said his real motivation in promoting the AAA was to give parents of children in failing schools the chance to succeed. “When I saw the bill and what it could potentially do for Montgomery, in particular, then it was a very easy decision for me to support the Accountability Bill,” he said.

The glossy mailer also insinuates that Love, the Chairman of the powerful House Ways and Means Education Committee, may have used his office for personal gain when he held a fundraiser the night before the passage of the 2013 general fund budget in 2012.

It was reported that Love raised approximately $300,000 at the event. Love said that there was nothing illegal about his fundraising effort during the last days of the 2012 session but conceded, “I understand how that perception could be there I would agree that was bad timing and I would not do it again in that manner.”

The last accusation in the mailer points out that Love appropriated $300,000 in the education budget for a school system to be formed in Pike Road. The school is to be located next to an investment property that Love owns.

“There is no $300,000 appropriation in the budget for the Pike Road School,” said Love. “I do own land near the planned site but the site was announced long before I bought that land.” Love explained that, “At the time there were three of four other school systems coming online, the $300,000 was put in the budget and it allowed that the State Department of Education the discretion of dispersing that money between the school districts. It was split up evenly between Chickasaw and Satsuma.” Love, said that he is proud of his service to his district and the state. He says that while to mailer was inappropriate that it is just the nature of the current political environment.

The Georgia group seems to have no way of contacting them outside of the P.O. Box listed on the mailer.
Some have speculated that these political mailers are the work of the Alabama Education Association. But there is no proof to tie the AEA to the glossy-print pieces.

Many so-called foundations have been active since the passage of the Alabama Accountability Act including one traced back to Senate President Pro Tem Del Marsh (R-Anniston.)

Tim Lockette reporting for the Anniston Star wrote that Marsh, formed the nonprofit “Foundation for Accountability in Education,” to promote the Alabama Accountability Act. Marsh has refused to disclose his donors or how much money to group has spent to promote the AAA. Foundations like these are set up to play a major part in the upcoming election season. Recent laws passed by the GOP controlled legislature will do little to curtail these groups and may even make it easier for them to hide shadow-dollars to protect their special-interest benefactors.