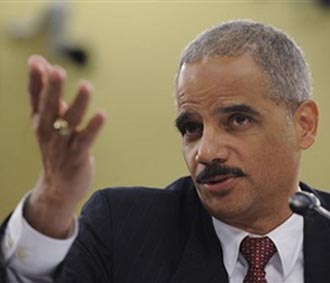 WASHINGTON, D.C.—Congressman Spencer Bachus (R) from Vestavia announced in a written statement that he had joined with every Republican member of the House Judiciary Committee in calling on Attorney General Eric Holder to publicly explain conflicting information given to Congress regarding probes into media leaks.

Representative Bachus said in a written statement, “We need a direct answer from the Attorney General on discrepancies between statements he made under oath to our committee and his authorization of a search warrant for the emails of a journalist. In my view, accountability demands that the Attorney General provide an explanation in the public venue of the Judiciary Committee.”

In a letter, Bachus and the other Judiciary Committee Republicans requested that U.S. Attorney General Holder appear before the Committee on June 18 or sometime before the July 4th recess at his convenience.

Specifically, the House is interested in testimony before the Committee previously implying that he knew nothing about a warrant issued for emails to and from Fox News correspondent James Rosen. Recent revelations that Holder signed that warrant appear to conflict with parts of his earlier sworn testimony. The search warrant stated that Fox News Chief Washington correspondent James Rosen was at the very least an “aider, abettor, and/or co-conspirator” of the person who allegedly leaked classified information.

The letter to AG Holder states, “You testified on May 15th that “with regard to potential prosecution of the press for the disclosure of material, that is not something that I have ever been involved, heard of, or would think would be a wise policy.” This statement left members of the Committee and the American people with the clear understanding that the Department had never taken the unprecedented step of characterizing a member of the media as a criminal co-conspirator in a sworn court document.”

Despite the myriad of scandals plaguing the Obama administration right now, the administration is denying any wrong doing whether it is by the NSA, the IRS, or the Department of Justice.