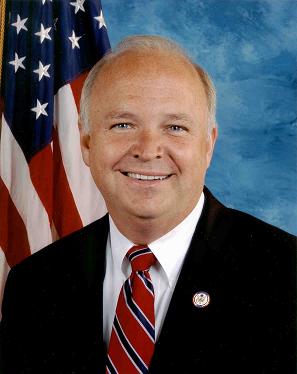 Representative Bonner said in a written statement, “I was deeply humbled and moved by the award, which I view as symbolic of the Navy’s growing ties to our region and local workforce.”

“For exceptional service to the Department of the Navy as a member of Congress and the House Appropriations Committee, Congressman Bonner’s long and selfless service to the Nation’s Sailors and Marines ensure they were provided the resources necessary to support and defend the Nation’s interests around the globe. His courageous leadership as a member of the Appropriations Subcommittee on Defense greatly contributed to the quality of the United States’ naval forces, continued support for quality of life for the men and women of the Department of the Navy, and assured the Navy-Marine Corps team was the most lethal force in history. Congressman Bonner’s tireless advocacy of the Navy’s dual buy strategy for the Littoral combat ship and Joint High Speed Vessel, and other key shipbuilding programs shaped the necessary force structure and ensured the highest levels of readiness for our combat forces. With grateful appreciation for his 11 years of service to the Nation and for his outstanding contributions to the Navy and Marine Corps, the Honorable Jo Bonner is awarded the Department of the Navy Distinguished Public Service Award.”

Rep. Bonner said, “Secretary Mabus, who is well known to many in our area from his days as governor of the State of Mississippi, has personally visited Mobile’s Austal shipyard to view the Littoral Combat Ships and Joint High Speed Vessels being manufactured by the most dedicated and talented workers in America. He has voiced time and again his complete support for the LCS and JHSV programs as well as the work being performed at the nearby Ingalls shipyard in Pascagoula where the new amphibious assault ship, LHA 6, the next USS America, is being built. It has been a pleasure working alongside Secretary Mabus in supporting these innovative ship programs, which will play a major role in America’s future Navy.”

Rep. Bonner concluded, “The Navy’s recognition of my efforts through this award is also an acknowledgment of tremendous contributions of Southwest Alabama and the Gulf Coast to the quality and the readiness of the greatest naval force on the face of the Earth.”

Congressman Jo Bonner represents Alabama’s First Congressional District. Rep. Bonner has announced that he is retiring to accept a job in Mobile with the University of Alabama.

Some have expressed fears that the loss of Bonner (a powerful advocate in Congress for both Austal and the LCS program) could jeopardize the future of the LCS program, which together with the JHSV program are estimated to create over 6,000 new Alabama jobs.