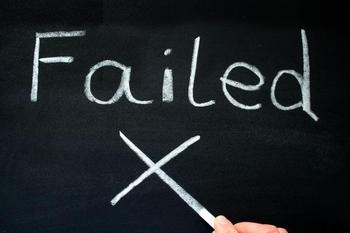 Failing Schools as Defined by the AAA2013

MONTGOMERY— The Alabama State Department of Education (ALSDE) releases long-awaited list of schools who are classified as “failing” under the Alabama Accountability Act.

The list was scheduled to be released last week, however, the release was postponed due to a “legal inquiry.”

Dr. Tommy Bice, state superintendent, explained that the legal inquiry concerned his ability to modify the parameters set forth in the Alabama Accountability Act and SB658. His intention was to craft a list that could reflect schools that had shown significant progress and would still be labeled “failing” under the law.

“This new law expands this school choice option to non-public schools,” Bice said. “It provides tax credits to parents and scholarships to those families should finances be an issue,” he said.

One of the most debated aspects of this legislation concerned which schools would be labeled “failing” and which students would be eligible to receive the vouchers. Under the Accountability Act, the ALSDE would be responsible for compiling the list of schools, using the parameters set forth in the legislation.

Melinda Maddox, assistant state superintendent of education, explained the metrics behind the creation of the list and Bice commented on the details.

“The first list we’ll be releasing has 72 schools on the list, and it is…the one that has been the most talked about.” Maddox said that the list does not take into account schools that serve special populations or changes that may be made over the summer, but compiled the list based on data from last March since the law is retroactive.

“If we don’t use improvement and growth as part of the formula that we could end up with schools on the list that, in most cases, would not be considered failing,” Bice said. “Regretfully, we were not able to add that to the list.”

The list contains the percentages calculated of proficient students for each year and then whether or not that school was in the bottom six percent for that year or not.

“Legally I am unable to remove a school from the list whether they have shown improvement or not,” Bice said.

Although Bice explained that all schools on the list would normally not be considered failing, some school boards have already seen negative impacts from the list.

Casey Wardynski, the Huntsville superintendent, held a press conference yesterday after the list was released to urge parents to keep their kids in the public schools. The list contains nine Huntsville schools.

Wardynski’s cited concerns similar to those of Bice, that the list includes many schools that have shown growth and improvement in recent years.

ALSDE executive board member Mary Scott Hunter weighed in on the list at the Huntsville press conference, saying “We have a list that does meet the black letter of the law, but I’m not sure it meets the intent of the law.”

In addition to the release of the list, the Alabama Department of Revenue decided today that students currently enrolled in private schools cannot take advantage of the vouchers.

“The language of the AAA, when read in its entirety, clearly supports concluding that parents of current private school students are not eligible for the credit,” says Department of Revenue guidance released today.

Many notable Republicans have divided on this issue. Senate Pro Tem Del Marsh (R-Anniston) said that he was unhappy with the department’s decision.

“I think if you are already making the sacrifice … you should get a tax credit as well,” Marsh said.

Governor Bentley, on the other hand, has said that he didn’t believe the vouchers should go to students currently in private schools.

“I’ve read the bill at least 10 times. The way I read it is the tax credits are used to transfer out of failing schools. But we will let the legal folks at the Revenue Department make the final decision,” he said in an interview last week.

In the press conference, Bice also addressed the original intent of the legislation, to provide flexibility for public schools. Bice explained that ALSDE had opened up requirements to allow schools provide more “innovative” opportunities.

Bice said that the legislature has now joined ALSDE in their efforts to offer flexibility by providing “statutory and budgetary flexibility” as well.

“We see this as an opportunity to really do some innovative things,” Bice said. Three school systems are already working to take advantage of those opportunities, he said.