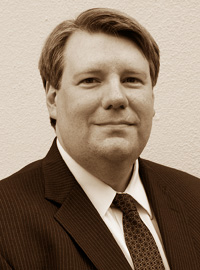 MONTGOMERY–Matt Fridy has filed to run for house district 73, a new district in Shelby County.

Fridy, a Montevallo attorney, was endorsed to replace Bill Armistead as chairman of the Alabama Republican Party by Governor Robert Bentley, Speaker of the House Mike Hubbard (R-Auburn) and Lieutenant Governor Kay Ivey.

“I believe Matt will do a fantastic job leading our party into the 2014 election cycle, and for that reason, I am supporting Matt Fridy in the upcoming election for chairman of the Alabama Republican Party,” Bentley said in a statement released last year.

Fridy lost the bid for the GOP chairmanship to the tea party-favored incumbent.

Now the former Shelby County Republican Party Chairman is ready to toss his hat back into the ring for another seat.

Currently, Fridy is the only candidate who has filed to run for this seat.

Fridy is an attorney with Wallace, Jordan, Ratliff, and Brandt, LLC, is an adjunct professor of business law at Montevallo University and is on the Alabama Republican State Executive Committee.

Fridy lives in Montevallo with his wife, Kimberly, and their three children.