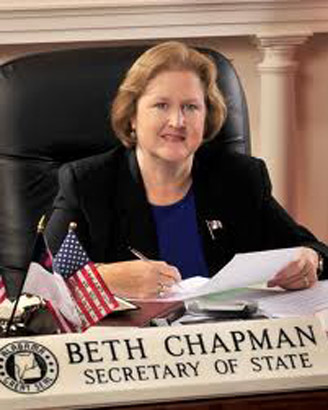 MONTGOMERY—Secretary of State Beth Chapman announced Monday that she would be resigning her post effective August 1.

The Associated Press is reporting that Chapman is taking a position with a government and public relations consulting firm. With only 17 months left in are elected office Chapman says she is leaving office for a position she could not pass up.

Chapman has yet to disclose the name of the lobbying firm that has hire her. Following in the foot-steps of many recent government officials such as Former Governor Bob Riley, Chapman is trading in her elected office for the more lucrative world of corporate lobbying.

Governor Bentley is reported as saying he will move swiftly to appoint Chapman’s replacement.

In this article:Beth Chapman, Bob Riley