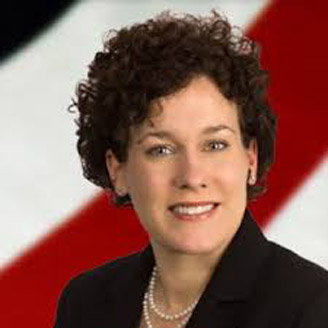 North Alabama School Board Member Mary Scott Hunter announced in a written email to constituents that Alabama has received a waiver from the federal government from the onerous demands of the “No Child Left Behind” Act.

State school board member Hunter said, “Last week, the US Department of Education approved the Alabama Board of Education’s “Plan 2020” as our waiver to the requirements of ‘No Child Left Behind.’ This has been a lengthy process, but we have held to our commitment that this would be our strategic plan for K-12 Education Reform in Alabama. Those efforts have paid off, and we are now better postured toward fulfilling our goals without encumbrances. Dr. Tommy Bice, State Superintendent of Education, has added this latest development to tomorrow’s K-12 work session as a discussion topic. We are on a trajectory that will allow us to move even more aggressively toward our goals.”

Hunter said that she had heard a presentation by Dr. Benjamin Carson in which Carson points out that the American education system is simply not getting the job done. The American educational system is producing far too few engineers and far too few of our graduates have an acceptable grasp of math and science. Carson pointed out that the United States is 21 out of 22 industrialized countries in math and science.

Many critics of the “No Child Left Behind” Act claim that the federal mandate, whose focus is on getting the underachieving minority of public school students to what education bureaucrats define as “grade level” has put pressure on schools to accept mediocrity as the schools are measured on how high a percentage of students meet the minimum acceptable standards. There is no incentive in the federally mandated testing regimen to getting students who already meet the acceptable yearly performance (AYP to achieve higher levels of performance. The result has been vast numbers of high school graduates who are entirely unsuited for jobs or college programs that demand math and science competence, meanwhile its record at eliminating the skills disparity between differing socio economic groups has been limited.

The U.S. Chamber of Commerce has identified poor performance by the American education system as one problem that is holding back the U.S. Economy. U.S. Chamber President Thomas Donahue said in a recent statement:

“According to statistics, 3.8 million jobs are vacant in part because businesses simply can’t find qualified workers to fill them. Fewer American students are emerging from our public education system with the right skills or knowledge. Too many lack proficiency in math, science, reading, communications, and critical thinking. Meanwhile, baby boomers are retiring at an accelerating rate without a steady inflow of new talent into the labor force. This widening skills gap hampers companies’ productivity and slows economic growth. It poses a threat to our prosperity at home and our standing in the world. And it must be remedied now. Many of the solutions to our education challenge are modeled in the business world every day. If tried-and-true business practices are applied to the public education system, we can help restore excellence to America’s troubled schools.”

Hunter said that Alabama state school Superintendent Tommie Bice and the state school board has passed a plan to attempt to raise the performance of Alabama’s school. Their Alabama education reform plan is titled Plan 2020 and Hunter encourages her constituents to study the plan.

Hunter announced in her newsletter that she is hosting a forum on July 10 to discuss the Alabama College and Career Ready Standards. Dr. Tommy Bice will be one of the featured speakers.

Hunter has been criticized by many conservative groups in the state for hindering their efforts in the school board and the legislature to get the state to reject participation in the controversial Common Core Curriculum, advocated by President Obama.