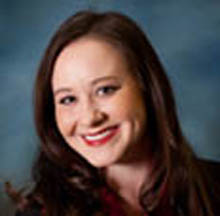 During the 2013 legislative session, major reforms were enacted in an effort to control the cost of the state’s Medicaid spending. However, dental services were exempt from the first round of reforms.

According to the company’s website, http://www.sarrelldental.org “Sarrell Dental was founded in 2004 in Anniston, Ala. Since then, Sarrell has grown to include 13 other offices,” around the state. Sarrell is a non-profit organization with over 220 employees, including dentists, hygienists and managers, according to the company.

Sarrell Dental is among the top 25 providers for Medicaid dental services for Alabama. In the 2012 fiscal year, the state paid Sarrell-affiliated providers, $11,494,871, according to information provided by Alabama Medicaid Agency.

The 27-year-old Ms. Marsh is also employed by Sarrell Dental as a Public Policy Manager.

When the Alabama Political Reporter contacted Marsh for comments concerning her role as lobbyist for the company, she refused to answer our questions.

Ms. Marsh wrote, “Jeff Parker, our CEO, is our company spokesperson and we are to refer all questions from reporters to him. I am forwarding this email to him and for future reference, he can be contacted at [email protected] I have copied him on this email so he’s aware you will be in touch. I’m sorry for any inconvenience!”

When we contacted Parker, he responded in an email saying, “The legislature is best equipped to speak for why it supported various measures under the dome. Our mission is to meet an unmet need and provide access to dental care to kids and those that would otherwise be unable to get that care.”

Marsh passed the buck to Parker and he passed it on to the state.

Nether Marsh nor Parker felt a need to answer simple questions about their or the company’s role concerning Medicaid, yet, Sarrell receives millions in taxpayers dollars.

The questions we asked are as follows:

1. What impact will this exemption have on the patients? In which ways will it improve the quality and quantity of care for Medicaid patients?

2. What is the organization’s reason for seeking exemption from the RCO’s?

3. What other legislative goals did Sarrell have during the past legislative session? Are there any issues that the organization would like to have seen addressed that were not?

4. Some have said your [Marsh’s] representation on this issue is a conflict of interests, given your father’s position as Senate President Pro Tem. Would you like to comment on those statements?

5. How long have you been employed with Sarrell Dental Care? Do you currently have any other lobbying contracts? Have you worked in this capacity for other nonprofits or political organizations in the past?

6. Since these reforms were able to pass, some have said that the Governor will use this opportunity to expand Medicaid. How could these changes impact your goals and ability to offer affordable dental care?

The Alabama Political Reporter also contacted the office of Senator Marsh to inquire about his daughter lobbying before the legislature.

The following question were asked of Senator Marsh:

Dental service providers for Medicaid were exempt from the reform measures passed in 2013.

1. Does the President Pro Tem. find any conflict of interest that his daughter is lobbying for a company that has business before the state legislature?

2. Did the President Pro Tem at anytime discuss any legislation concerning Medicaid or dental services with his daughter?

3. If so, when and where were these conversations held?

4. Did the President Pro Tem have any meetings with Joshua Jones another lobbyist for Sarrell Dental?

5. Did you (Bryan) or any of the President Pro Tem’s staff meet with Ms. Marsh or Joshua Jones concerning Medicaid or dental services?

Marsh ignored our request for information.

No one we contacted was willing to discuss Christine Marsh’s role as a lobbyist for Sarrell Dental. While Sarrell employes Joshua Jones as Vice President of Governmental Affairs and Brandi Parris as Vice President of Marketing and Community Outreach, it was the CEO who was tasked with responding to our request for information.

The President Pro Tem failed to even acknowledge our request for answers.

Sarrell Dental receives millions of taxpayer dollars. Senator Marsh ultimately approves the Medicaid budget under which Sarrell operates. However, even with this great responsibility, requests to provide information as to the activities of Ms. Marsh were ignored.

According to information on the Sarrell Dental website, “6 out of 10 Alabama children,” qualify for the Medicaid service provided by Sarrell. With a price tag of nearly $90 milion annually, this is a major portion of the state’s Medicaid obligation.

The governor has put together a special commission to study how reforms might be enacted in the field of Medicaid-provided dentistry. For now, Sarrell and other dental care providers have been given a two-year reprieve from the Medicaid reform passed by the Alabama Legislature.