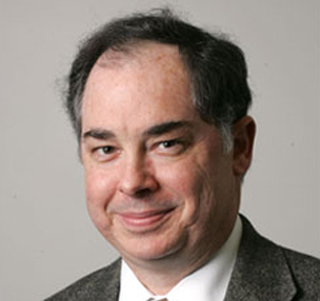 On Tuesday, the Quin Hillyer campaign for Congress announced its fundraising numbers for the first quarter. The campaign has raised $62,779.73 and will report $47,426.13 cash on hand. Campaign Spokesman, T.J. Maloney said,

“We are excited and grateful that Quin’s candidacy is already attracting such widespread support. People across the First District are hearing Quin’s message of bringing Alabama’s conservative values to Congress with an intelligent and aggressive style. These donations reflect the momentum behind Quin’s campaign is building.”

Hillyer was the first to announce his candidacy in Alabama’s First District. In his announcement that he was running for Congress, Hillyer said, “I am a constitutional conservative—and an “opportunity society” conservative as well, hearkening back to the Reagan-Kemp era of prosperity and liberty. Free men and women, with free minds, in a free market, produce abundance and a vibrant society. . . .I am a movement conservative, with a Madisonian love of our constitutional system. And I love my adopted home of southern Alabama, which is developing into one of the greatest areas of growth in the country.”

Hillyer was endorsed by former U.S. Senator and Republican presidential candidate Rick Santorum from Pennsylvania. Senator Santorum said in a written statement, “I’ve gotten to know Quin over the last few years and have been enormously impressed with his willingness to fearlessly and without hesitation advance the conservative cause.” “Washington needs folks like Quin who understand that we must strengthen our economy, stand up for traditional values and promote American exceptionalism. I look forward to joining Quin on the campaign trail and sharing with Alabamians why he is the right conservative for this important House seat.”

All candidates must report to the Federal Election Commission (FEC) their list of major donations and disbursements as received or spent in the quarter ending June 30 by July 15th.

Fellow conservative commentator Bill Krystol said, “Quin is a strong and thoughtful conservative who made Tea Party-like arguments before Tea Party was cool. He also understands that conservatism has to be about governing not just protesting, that conservatives should insist on a strong defense as well as spending limits, and that Republicans have to spend more time standing with Main Street and perhaps less time worrying about Wall Street. Not yet 50 years old, Quin, if elected, would immediately be a forceful exponent of a forward-looking, idea-driven and reform-minded conservatism not just within the House but in the national debate.”

Quin Hillyer is a nationally known conservative columnist and is a former leadership aide during the Newt Gingrich led Republican Congress of the 1990s. Hillyer has been active in both his Church and community, especially for educational causes. Hillyer and Tresy, his wife of 11 years, both live in Mobile.

Hillyer is running for Alabama’s first congressional district seat currently held by Representative Jo Bonner (R) from Mobile. Rep. Bonner is retiring in August to accept a position with the University of Alabama.

To learn more about the Quin Hillyer campaign visit his website: