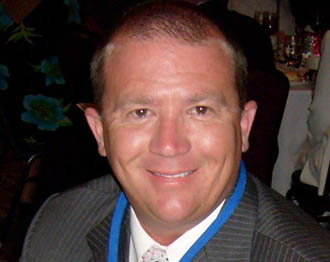 MONTGOMERY–A Democrat has announced that he plans to contest Lieutenant Governor Kay Ivey in the 2014 election. Scott Ninesling, a paramedic from Pine Level, has joined Miranda Joseph on the list of Democrats for statewide office in the coming cycle.

Ninesling has never sought public office before now, but says that he feels compelled to run because he is tired of the career politicians in Montgomery.

He was particularly critical of Ivey, who he feels was “rewarded” by being elected Lieutenant Governor, despite the fact that she mismanaged the Prepaid Affordable College Tuition (PACT) program when she was State Treasurer.

“Ms. Ivey truly believes that she is entitled to keep her job despite failing the people of Alabama,” Ninesling said. “Even in her current role, her lack of leadership within the state Senate stifles debate, limits the right of the minority to be heard and is seemingly incapable of counting heads to ensure that the procedural minimum of members is present to legally conduct business,” Ninesling said in an interview with the Montgomery Advertiser.

The PACT program was a state-sponsored college tuition program that allowed parents to purchase tuition at the current rate in anticipation that the state would invest the money and cover the increased cost of tuition when the students enrolled in college 15-18 years later.

The prepaid funds did not gain the anticipated amount of interest, which many attributed to Ivey’s decisions managing and investing the money. The lower-than-expected interest rates coupled with drops in the stock market, higher-education budget proration and skyrocketing tuition cost lead to a crisis within the state government over whether or not funds would be available to pay program participants’ tuition costs as promised.

“This failure of performance and lack of leadership is not what we, the people of Alabama, need sitting a heartbeat away from the governor’s office,” Ninesling said.

Ivey recently announced that she plans to seek reelection as Lieutenant Governor.

“I am pleased with what has been accomplished the last three years. I truly believe we can say Alabama is better off today than it was then. My full commitment is to public service,” Ivey said.

Ivey has not filed a monthly FCPA report to show campaign cash on hand, contributions or expenditures. This means that Ivey has not raised or spent more than $1,000 this cycle.

According to her annual filing from 2010, Ivey raised upwards of $615,000 for her last Lieutenant Governor race, so Ninesling will need to plan to raise at least half a million dollars to be competitive financially.

Ninesling is married with one child and works as a paramedic for the Pine Level Fire Department and a fire chief at a liquefied natural gas plant in Angola.

Miranda Joseph is currently the only other Democrat who has announced intent to run for statewide office. She will face Adam Thompson in the general election as long as no other candidates enter the primary races.