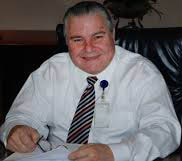 Polizos currently represents district three in the Montgomery County Commission, a position he has held since 2004.

In a news release, Polizos cited his “reputation for demanding fiscal soundness and pursuing economic growth,” as reasons why he would do well serving in the Legislature.

Meadows entered the race shortly after, bringing her experience to the table as well.  Meadows served six years on the Montgomery County Board of Education, from 2006 to 2012.  She was elected President of the Board of Education in 2010.

Additionally, Meadows works as the outreach director for Alabama for StudentsFirst,  “a bipartisan grassroots education reform movement” based out of Sacramento, Calif.  She has held this position since January, 2013.

On the Alabama page on the StudentsFirst.org website, the carousel displays a link to view videos of members thanking Legislators for the “historic passage of HB84,” also known as the Alabama Accountability Act.

“As I travel the state talking to parents, teachers, and folks that care about education, I consistently hear one sentiment repeated over and over: thank goodness the legislature is finally passing legislation to give all Alabama students a quality education,” Meadows wrote on the StudentsFirst blog.

Additionally, Love held a powerful seat as the Chair of the House Ways and Means Education Committee. Speaker of the House Mike Hubbard announced yesterday that he plans to appoint Representative Bill Poole (R-Tuscaloosa) to fill Love’s seat.

“Poole has proven that he has the skills and know-how required to make the tough decisions this position requires,” Hubbard said on Twitter.

Poole issued a news release pledging to “continue to develop responsible, common-sense budgets that fulfill the needs of our students and educators and are fair to the taxpayer.”

Love is resigning from the House of Representatives to continue his work to improve education in the private sector and to pursue various business opportunities. His resignation will take effect August 1.