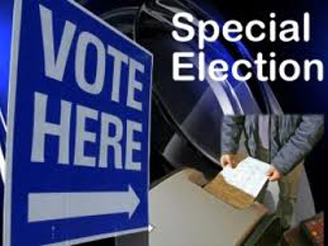 On Friday the Alabama Republican Party announced that Republicans interested in qualifying to run for Congress can qualify in person at the Republican Party Headquarters in Hoover on Saturday, August 3 from 9:00 am until 1:00 pm. There will also be qualifying at the Mobile Government Plaza, Multipurpose Room at 205 Government Street in Mobile from 9:00 am until 5:00 pm on Monday, August 5th.

Alabama Governor Robert Bentley (R) has announced that qualifying for the Alabama Congressional District 1 special election, expected to be vacated on August 2nd by Congressman Jo Bonner (R) from Mobile will take place from August 3rd through August 5th.

Alabama Republican Party Chairman Bill Armistead said in written statement: “I applaud Congressman Bonner for moving the date of his resignation up in order that his replacement in Congress can be seated as soon as possible. I know that Governor Bentley has been working with his legal staff and the Justice Department to come up with a time-line for this special election to minimize any time that the District would be without representation in Washington.”

Chairman Armistead continued, “In order to accommodate the candidates who are running for this seat, the Alabama Republican Party will be in Mobile on Monday, August 5th to accept the qualification papers from each candidate. We will announce the location in the next few days. It is our desire to make it as easy as possible for the candidates qualify to run for this office. I am sure none of them want to take a day out of their busy campaign schedule to come to Birmingham to qualify. We will, however, accept qualification papers in our Birmingham headquarters on August 3rd if anyone should want to qualify in Birmingham.”

The election dates won’t be official until the vacancy becomes official on Friday, August 2nd, at 11:59 pm when Congressman Bonner officially steps down. Governor Robert Bentley’s office announced on Friday that this election timeline has been approved by U.S. District Judge Myron Thompson.

Any changes to this election timeline will come from the office of Governor Robert Bentley.

Alabama Governor Robert Bentley (R) said, “I am announcing this expected qualification timeline to provide as much notice as possible for those who are interested in qualifying to run in this election. While I cannot call a special election until after the vacancy becomes official, I do want to announce this qualification period so we can move forward with a special election in a timely manner. My goal is to help the people of District 1. I want to ensure that they have Congressional representation as soon as possible following this vacancy. By announcing the expected qualification period, candidates can plan accordingly, and the special election can move forward.”

If you have any questions about qualifying as a Republican contact John Kay: at (205)-212-5900 or email [email protected]