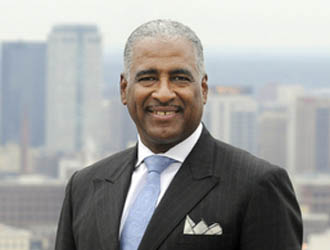 The candidates for Mayor of the City of Birmingham faced off at a forum at McElwain Baptist Church in east Birmingham. Most political commentators believe that incumbent Mayor William Bell will cruise to re-election; but that did not prevent several challengers from running for the office saying that it is time for a change.

Birmingham area real estate investor Kamau Afrika said he was born and raised in the Smithfield Community of Birmingham and attended Parker High School growing up. Mr. Afrika said he was running because he is concerned by the unconscionable utility rates that Birmingham residents are paying and he believes that he can improve the budget situation and work well with the city council.

Afrika cited a Wall Street Journal article that claimed that Birmingham was the 13th worst managed city in America and a Alabama Policy Institute review which ranked Birmingham as the worst managed city among Alabama’s big 5 cities. Afrika promised to bring fiscal responsibility if he is elected.

Incumbent Mayor William Bell told the estimated 90 people in attendance that it is a great honor to serve as Mayor of Birmingham. Mayor Bell said that when he was first elected, “There was a dark cloud hanging over the city.” Former Mayor Larry Langford had been convicted on federal corruption charges, the city had had two interim Mayors, the city was in a budget crisis, and Bell inherited a $77 million deficit.

Bell said that if re-elected, “I promise you one thing that I will be the number one cheerleader” for the City of Birmingham. Bell said that he has done things to improve the situation including bringing people back to the city. Mayor Bell said that the downtown community is growing. “Give me another opportunity to bring the city forward.” Bell said that he has the heart to do the right thing and that he knows how to do it in a dignified and positive way. He has gone to Washington to seek funds not only to repair the devastation from the 2011 tornadoes which devastated the Pratt City neighborhood; but also to improve the City as a whole. Mayor Bell said that his efforts have brought in $27 million in federal grant money.

Dr. Stephanie Sigler Huey said that she was born in Birmingham and raised in the Elyton Village neighborhood. Dr. Huey said that she has 20+ years of experience in the business world, before starting a second career in education. Dr. Huey has a Masters degree in Mathematics and teaches in Parker the school where she graduated from. Dr. Huey ran for Mayor in 2003 and 2009 and was contemplating relocating to Washington D.C., but the students in Parker High School said ‘Dr Huey please run for Mayor of Birmingham’ so she is once again running for the office. Dr. Huey said, “I have a vision for the city of Birmingham, but we have got to work together to move the city forward

Adlai Trone said that he is originally from Birmingham and attended Birmingham schools. Trone said that he played football at Auburn University and graduated with a degree in Finance. Trone also played in the last Iron Bowl held in Birmingham and played two years of professional football with the Birmingham Steel Dogs before becoming a full-time financial planner with Ameriprize Financial in Atlanta. Trone moved back to Birmingham as an independent financial planner; but switched careers to education when he learned that things were so bad that the Birmingham City Schools were forced to recruit teachers from the Philippines. Trone taught Math at Carver High School, but has been demoted to tutor after the State took over the City school system.

Kamau Afrika vowed to end the gridlock if he is elected. “I have a good relationship with everybody on that council.” Afrika promised to bring: honesty, integrity, and transparency to city government and enforce city regulations if elected, “We got so much on the book that is not being enforced.”

Ms. Pat Bell said that members of the City Council claim that Mr Bell is acting like a dictator. “I don’t want to be a dictator.” Ms. Bell said that if she was elected she would make sure that people are put in positions where they need to be so that the citizens are best served by their city government.

Mayor William Bell said that within the structure of the City government, the Major is the one to lead the city. You can not have ten different individuals making decisions. Where you get into conflict is when the legislators (the City Council) wants to play political games. “I will not let anyone run over me.” Bell said that as Mayor he has brought the Birmingham Barons back to the City of Birmingham
and built a new hotel (the Weston) that will bring more conventions to Birmingham. If re-elected, “I will continue to make you proud.”

Dr. Stephanie Sigler Huey said that there is confusion on the city council now. “God is not an author of confusion.” Huey said that the city needed to have the mayor and the council sitting together to work together. “When I am Mayor there is not going to be any bickering or any arguing.”

Adlai Trone said that the the Mayor is the head administrator. The important thing is that a team approach is needed. Currently, budgets haven’t passed and because of that the people have suffered. The neighborhoods and the people are suffering. Trone said that his biggest accomplishments are his masters degree from the University of Alabama in financial planning and that in his second year of teaching his school made AYP in Math. “None of the schools that I taught in are on the failing list.”

Mayor Bell said that he is committed that the City will be the best sports venue that it can possibly be.
Bell said that the city currently has the Barbers Indie Racing league and that he will work with Major League Soccer if they approach the city about expansion but to this point the city has not been approached by the MLS.

Dr Huey said that the young generation wants an NBA team and she is committed to getting them an NBA team.