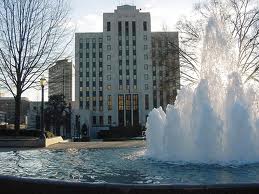 Birmingham City Council District two and school board candidates spoke on Thursday to the voters gathered at the forum at McElwain Baptist Church.

The first to speak was Rolanda Hollis. She said that she is an active real estate broker with experience dealing with the state legislature advocating for homeowner rights. Ms. Hollis said she favors forming community task forces to address the problems facing District two. Hollis also favored teaming up with small business to improve the community. Hollis said that as a city council woman she would like to see unity and would work to fill all the empty commercial buildings. Hollis said she would also like to see the houses that can be rehabilitated, rehabilitated.

Incumbent council woman Kim Rafferty said that a council member appropriates funding where it needs to go, tries to have a good working relationship with the Mayor’s office, legislates policy, and advocates for the community. The council gives the mayor a set of instructions you would like him to follow. Rafferty said that with things like bonds and budgets it is very important that you communicate with your fellow council members, your legislators, and the mayor’s office.

Richard Rutledge said that he has been active for 13 years in his neighborhood association and has served as neighborhood President for eight years. Rutledge is a professional musician and is a chairman of a minor political party working with state legislators on issues including ballot access. Rutledge said, “Birmingham has tremendous potential but that it has not been realized.” Rutledge said that the city must do something about education, wants to see neighborhoods supported more, favors implementing plans to put together a working business association to work towards preventing the loss of more businesses in the area.

Bart Slawson said he has lived in the Eastlake for 28 years and has practiced environmental law for 27 years. Slawson said, “We have got a terrible problem with blight!” referring to hundreds of abandoned businesses, houses, and other properties. Slawson said that the legislature passed the land bank act during the 2013 session that allows the land banks to take real estate away from absentee landowners who don’t pay their taxes or maintain their property. The land bank will take a piece of property that is an eyesore and turn it into something attractive. This will fight crime, creates community, and builds a tax base. Slawson said that there are over 15,000 pieces of property in the city of Birmingham that nobody is even paying taxes on.

Everett W West promised to build relationships with our city leaders, build a relationship with the Chief of Police to promote prompt action on crime, loitering, trespassing, loud music, traffic violations, and overgrown property. West promised to build and promote business to grow the commercial centers in district 2. West said that he would help the community develop systems to identify persons that don’t belong in the community and identify suspicious activity. West also pledged to get the community involved, attend neighborhood meeting, and work on improve the aesthetics of the community.

Kim Rafferty said, “I am a strategist at heart.” Rafferty added that she has a good working relationship with the Mayor’s office and understands economic development. Accomplishments she cited include the Roebuck Shopping Center, the Eastwood Wal-Mart shopping center, and two new Mexican restaurants. Rafferty said that she will have an announcement on the Toy R US. “Some of my greatest achievements are giving the neighborhoods the tools they need. On Title Loans, Rafferty said that they need to educate people on how to spend their money.

Everett West said that what we need to do is to work together as a city council. “We need a councilman who will work with the Mayor and the department heads for the good of the district and the city.” West said that he regularly talks to students in Birmingham classrooms and has provided summer jobs for children at his law practice, but is probably best known for his representation of Harvey Updike (the tree killing Alabama football fanatic).

Rolanda Hollis said that you have to know how to negotiate and that she was committed to keeping Trinity hospital in the City of Birmingham.

Kim Rafferty said that she was a member of the Montclair Task Force and they are waiting to release a report. The committee has looked at the viability of making the old Trinity hospital into a nursing school facility, a different kind of hospital, or demolishing the aging structure and starting over.

Richard Rutledge said that he fought very very hard to try to stop the move and is deeply concerned particularly if the building is taken down. “What I do understand is that it needs to stay a medical facility if at all possible. This community needed that hospital.”

Bart Slawson said that he had talked to experts in the field and that hospital is so outdated it is not really usable as a hospital moving forward. Slawson said that taking down the hospital and redeveloping the parking decks and usable space is probably the best plan and that he was committed to trying to try to see the property redeveloped.

Rafferty pointed out that the hospital is still in Birmingham and it is still going to be in District Two. It is moving from the old location opposite St. Francis Xavier Catholic Church on Montclair Road to a new location on Highway 280 near the I-459 junction and the name will change from Trinity to Grandview.

Rolanda Hollis said that she believes her plan to team up businesses and young adults will create jobs and decrease the level of crime in the city and the district.

Richard Rutledge said that Birmingham needs an image change. The constant reporting about Black on Black crime we hear in the press has created a negative perception about Birmingham. Rutledge said that he has been a working musician for 35 years and that the City has an international reputation in the music industry for producing musical talent, but that is not reported enough in the media. “Birmingham need to be known for something other than what happen in 1963.”

Bart Slawson said that his Church reaches out to the community with a farmer’s market, gardens, and by feeding kids 5 days a week for free. “I talk about knocking down buildings and I mean it.”

Everett West said we need to bring people back into this city. We need black, white, yellow, and red men to go to the schools and have an effect on these young boys to do something about the violence.

West said that he finished his law degree in May 2000, passed the bar in September 2000, got his Masters in business administration in 1995, received a Bachelor of Science in Computer Science and Mathematics in 1985. West has education in music, worked 17 years as contractor in defense and space related industries, has worked for Bell South, has taught college at Faulkner University both in Birmingham and in Huntsville and has been a lawyer in Birmingham for 13 years. “I have a diverse background” and stressed that he can work with other councilmen and the mayor. West said that District two needs representation. “I want to be that voice I want district 2 to be the district that it can be.”