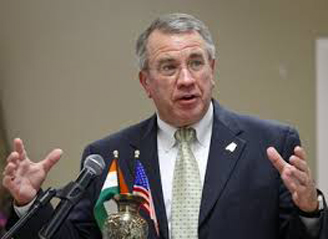 MONTGOMERY–Representative Mac McCutcheon has announced that he will seek a third term to represent district 25 in the Alabama House of Representatives.

The 25th district represents parts of Limestone and Madison counties.

McCutcheon lives in Huntsville with his wife, Debbie. Together, they have two children and several grandchildren. He is a member of the College Park Church of God and currently works as a zoning coordinator for the City of Huntsville Zoning Department.

McCutcheon has served as Chair of the House Rules Committee and also represents the House on the Alabama Transportation Rehabilitation and Improvement Program (ATRIP) advisory committee.

According to his July Fair Campaign Practice Act filing report, McCutcheon has raised $2,050.00 this cycle, all from individual donors in or around his district.  His reports also show an additional $2,982.86 McCutcheon loaned his campaign.

Last session, McCutcheon sponsored one bill that was widely supported by beer drinkers–the home brew bill. This bill, HB9, allowed individuals over 21 years old to brew small amounts of beer, cider and wine in small amounts. McCutcheon also brought the bill in 2012, but it finally passed in 2013.

His emphasis on law enforcement legislation can be attributed to his history in law enforcement. He has served as an officer, trainer, investigator, hostage negotiator and probation officer.

So far, McCutcheon is the only candidate who has filed to run for this seat.