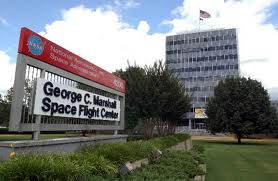 Representative Aderholt said, “I commend Marshall Space Flight Center and the SLS team and all of those who have been a part of the process, on completing their Preliminary Design Review. This is a major milestone. It means that—after a thorough review—experts throughout the agency and industry agree that this program is on track and is able to perform its mission.”

Rep. Aderholt continued, “This rocket program has made remarkable progress in only two years—combining legacy hardware and knowledge with innovative new techniques to create a launch system that adds critical capability exceeding our current family of rockets. Further, at a time when funding space related programs are particularly challenging, the rapid progress and success of SLS helps to validate the importance of investing in these programs. Other nations are not slowing their space programs; the United States must not either.”

The first version of the Space Launch System will stand 321 feet tall, weigh 70.4 metric tons, and will provide 8.4 million pounds of thrust at liftoff, in order to lift a 154,000 pound payload into space. Currently the space shuttle replacement is scheduled for its first mission, Exploration Mission 1, in 2017. Then it will launch an unscrewed Orion spacecraft to demonstrate the integrated system performance of the SLS rocket and spacecraft. The first manned flight will not take place until 2021.

The space shuttle was retired for years now and no replacement is yet available. It has been decades since man last walked on the moon and a Mars mission seems to be still decades away. The X33 and Constellation Programs which were to have replaced the shuttle were both underfunded, delayed, and ultimately scrapped by a National Aeronautics and Space Administration (NASA) that appears to have little of the focus that it enjoyed in a previous generation. The return to the moon effort has similarly died in NASA politics.

The SLS system borrows heavily from both the Saturn V rockets that were used to send the Apollo missions to the moon and the booster rockets which helped launch the space shuttle into space. NASA incorporated existing proven technology into the SLS system to help control costs and speed up the design process in order to work within today’s budget realities.