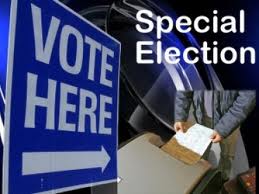 Monday was the final day for qualifying for major party candidate in the Special Election for Alabama House Districts 74. Qualifying in House District 104 will end on Monday, August 26th no later than 5:00 pm.

The Alabama Republican Party announced that three candidates have filed to run in House District 74. The three Republicans running for the seat are: Charlotte Meadows, Heather Sellers, and Dimitri Polizos.

The ALGOP announced that the candidates qualifying for HD 104 (to this point) are: Nathan Davis, Charlie Plyler, Margie Wilcox, Susan Hightower, and Ralph Carmichael. Hightower is the wife of State Senator Bill Hightower (R).

As of press time we are still uncertain as to what Democratic candidates (if any) have qualified for either Alabama House seat. We emailed a request for information to the Alabama Democratic Party; but their email address is currently not working.