To me it seems that the Common Core anti’s have failed in large part from not being persuasive. Now they have gone to a dangerous new level of maliciously defaming the character of some people I hold in high regard.

Is this supposed to be more persuasive? In voicing displeasure for Alabama state government not rescinding its version of the Common Core State Standards, the Madison County Republican Executive Committee (MCREC) has charged Mary Scott Hunter and every member of the Alabama Legislature of violating their oaths of office. They did so in a resolution approved on 19 August 2013. Paragraph 5 of the resolution begins,

Whereas, as a result of the of the [sic] Alabama Legislature’s and Mary Scott Hunter’s failure to uphold their oath’s of office, immeasurable damage will be done to the education of school children.

It is one thing to lose on an important policy issue, but loudly ranting and spewing hyperbole like a Democrat is insufficient to support serious allegations of criminal and dishonorable behavior with respect to an oath of office sworn to God. I ask the MCREC to elaborate:

What were the specific actions of these 141 persons that were criminal and dishonorable?

Why are those actions criminal and why are they dishonorable?

And what aspect of their oaths of office were not upheld?

What part of the US Constitution was not supported?

What part of the Alabama Constitution was not supported? And in what way did they not faithfully and honestly execute the duties of office to the best of their ability?

The MCREC also condemns the entire legislature in one stroke. All 140 of them. Not a single one is spared in two chambers each controlled by large Republican majorities. This might make one wonder who is really out of step with the principles of the Republican party.

We deserve best efforts from our elected officials in government and in the party, and in this regard the MCREC is most disappointing. Scurrilous charges and tantrums from our leaders are counterproductive. It’s time for them to look over a shoulder and see if anyone is following.

There are not enough votes on the committee to elect anyone to government office.

Meanwhile we should all heed the words of Abraham Lincoln at Cooper Union – “let us, to the end, dare to do our duty as we understand it.”

Advertisement. Scroll to continue reading.
In this article:Thomas Scovill 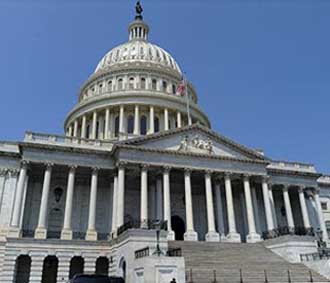 Last updated on December 23, 2015, at 08:00 amBy Thomas Scovill Alabama Political Reporter SB13 is one of several draft bills which have been prefiled...