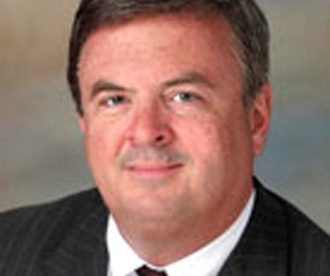 State Rep. Barry Mask (R) from Wetumpka will announce on Wednsday that he is stepping down from his District 31 legislative seat effective September 30th.

Rep. Mask said in a written statement, ‘’I am grateful to the citizens of District 31 and have enjoyed serving since my special election in 2006.” “I have tried to make a difference in the district. I will treasure the friendships forged during this time and I plan to still be active in our community, as I was before I was elected.”

During his two terms, Mask was named Legislator of the Year by the Economic Development Association of Alabama, the Alabama Wildlife Federation and the Alabama Correctional Officers Association. Rep. Mask is the Chairman of the Economic Development and Tourism Committee and the Chairman of the Legislative Building Authority and is a member of the House Education Budget committee.

Rep. Mask is leaving the state legislature to accept a position with the Alabama Realtors Association.

Representative Mask said, “This opportunity was totally un-contemplated at the time and I asked for enough time to wrap up some projects in the district this summer. I wish I could have finished my term, but the timing of this prevented that. Sometimes, God opens doors for you in His own way. This was a difficult decision that my wife, Jill, and I prayed over, but at this point in my life and career we felt like this is where God is leading us.”

Barry Mask has previously worked for the Alabama Realtors Association as government affairs director from 1990-1995.   Mask said, “To me, the biggest part of being a legislator is spent trying to get things done locally. I am especially proud of the work I have done in supporting our young people and schools, pushing for road funding and economic development projects in the district. I have tried to be a positive uniting force in our community. I have tried to help as many people as I could when they had a problem with any of our state agencies and intervene for them.”

Mask said that the state is emerging from the Great Recession induced fiscal crunch and the state’s finances are improving,

“Financially in the past three years we have had to make some tough decisions due to the economy’s affect in reducing funding in both the Education Trust Fund and the General Fund, but I think the worst is behind us now. I sincerely thank the voters of this district to allowing me the privilege of serving them. It has been an honor for which I will remain deeply grateful,” Mask concluded.

Mask’s departure follows that of Representatives Jim Barton (R) and Jay Love (R) over the summer.

Alabama Governor Robert Bentley (R) is expected to announce a special election to find Mask’s replacement to finish his term in the legislature. The special election will likely be based on House district 31 lines which were established after the 2000 Census. The winner of the District will then run next year for re-election based on the new district lines based on re-apportionment following the 2010 Census.