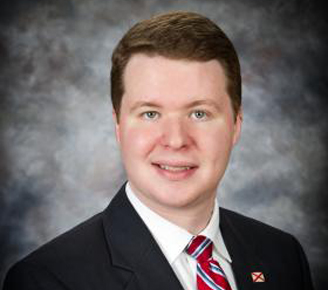 The Adam Thompson for State Auditor Campaign announced on Monday that they are out to an early lead in fund raising for the early reporting period that ended in August.

Adam Thompson told ‘The Alabama Political Reporter,’ “I’m honored to have raised more money than both my Republican and Democrat opponents combined. I think it shows that Alabamians want a stronger and more effective State Auditor and are not for abolishing the office.”

Thompson said, “For a down ballot race, I’m pleased where we are 3 months into this capaign”

This is Thompson’s first time running for office.

Adam Thompson faces Cleburne County attorney Ray Bryan in the 2014 Alabama Republican Primary. Bryan is campaigning to end the office of State Auditor while Thompson believes that the office is still essential to the state of Alabama.

Adam Thompson has worked in both the Alabama Auditor’s office and the Alabama Secretary of State’s office where he was the Chief of Staff for Beth Chapman (R). Secretary Chapman has endorsed Thompson in the race. Chapman recently resigned from government service to take a job with ALFA.

No Democrat currently holds any statewide elected office in the state of Alabama.