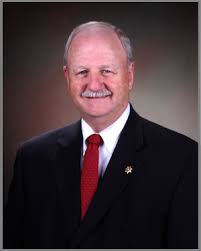 Chairman Armistead said, “Conservative Democrats from across the state have been switching their party affiliation to Republican and almost all of them are saying the same thing – the liberal Democrats do not represent their values. The party of traditional values and fiscal responsibility is the Republican Party and the voters in Calhoun County stand with us on the issues, not with President Obama or the Alabama Democrat Party which has not had a chairman in almost five months.”

Chairman Armistead has focused on Sheriff and Probate Judge races since he has come to office to turn many counties which vote GOP at the national level into Republican controlled counties at the county courthouse level. This will help Republicans hold onto their super-majority in the state legislature when many of those first term Republican legislators seek re-election in 2014. Chairman Armistead however recently has warned about Democratic operatives running candidates in Republican Primaries.

“With Sheriff Amerson’s announcement, the Alabama Republican Party has seen over 60 elected Democrats switch parties since the 2010 election. We invite all conservatives, whether they are Democrats or Independents, to join ranks with us at the Alabama Republican Party to work together for a better future for the next generation. However, as I have said in the past, if a Democrat office holder does not subscribe to our core conservative philosophy, and only wants to join the Republican Party just to enhance their election, they need not apply.

Sheriff Amerson has served as the Sheriff in Calhoun County for nearly 20 years. Amerson told the ‘Anniston Star’: “I’m certainly appreciative and pleased with the Calhoun County Republicans’ decision…I’m looking forward to working with them.”