By Mary Scott Hunter
Representative-Alabama Board of Education, District 8

In 1979 my father played his last NFL season as a quarterback for the Detroit Lions.  My family moved to Birmingham, Michigan just outside of Detroit, and I entered the first grade of our local public elementary school.

At that time, Michigan was far ahead of Alabama in K-12 Education.  I couldn’t read entering first grade.  All my classmates could.  My teacher, a taskmistress named “Ms. Coke,” put me in remediation in order to bring me up to the reading level of my classmates.  I was embarrassed – not allowed to play at recess.  Instead, Ms. Coke and I sat and drilled sight words and flash cards.

By the Spring, I was reading and doing decent work.  My father ended his NFL career, and my family returned from that single season in Michigan back to Alabama where I finished first grade at Daphne Elementary School – this time, far ahead of my first grade peers in reading, writing, and arithmetic.

Alabama K-12 Education has come a long way since 1979.  Today, we do not rank at the bottom as we once did.  Yet, we consistently also fail to reach that upper echelon of education states.

Education Week’s 2012 annual Quality Counts edition focused on “The Global Challenge: Education in a Competitive World.” The report showed Alabama with a “C” for an overall score, ranking 32nd in the nation.

We just aren’t where we need to be in K-12 Education, but we have a roadmap – Alabama Plan 2020.  Go to the Alabama State Department of Education’s website at www. alsde.edu and review our aggressive plan for K-12 Education Reform.

Already, the plan is yielding results.  Graduation rates are on the rise.  Math scoring shows growth like we’ve never seen before.  Career Technical Education is in the middle of a renaissance.  Ten school systems are piloting the state’s new Unified Comprehensive System of Learning Supports.  School systems are utilizing the flexibility provisions of the Alabama Accountability Act and submitting innovation plans with wonderfully creative, new ways to teach and learn.  Our educators are fully engaged and have shouldered the monumental task of raising the learning bar that comes with the heightened standards in English and Math.

And there’s more good news – Alabama Business and Education stakeholders are partnering as never before.  The Business Education Alliance (BEA) launched in August at the Business Council of Alabama’s annual retreat is another such partnering.  The leadership of the new BEA, former State Superintendent of Schools Dr. Joe Morton and former Representative Jay Love, are powerful supporters of the State Board of Education and the State Superintendent of Education.

There is no substitute for what we must do.  We must set standards for K-12 public education that prepare our students to really compete. Rocketing to a top education state in the nation is achievable for Alabama.  We could break into that upper echelon of states with enviable student achievement and finally garner nationally benchmarked education excellence.  All eyes in the nation could be on us as we tout our education prowess, and business will flood into our state – attracted by the quality of the people they can hire.

Through education we can achieve everything we hope for and believe is important:  good jobs right here in Alabama, stable homes, fewer divorces, less crime, fewer prison inmates, greater household wealth, tithing to our churches, home ownership, medical insurance, fewer persons on disability, and the list goes on and on.

It all begins with an individual child, held to high standards early and often, given the tools and the environment they need to flourish, and never falsely praised.  This is REAL learning.

Alabama is 32nd today because we didn’t face the hard truth, even when that truth was pointed out to us, sometimes by educators, sometimes by business people, sometimes by parents, sometimes by students when they found themselves, as high school graduates, unable to become hired or do college work.

For too long we’ve thumped ourselves on our chests and proclaimed that we were good enough when in fact we were just standing still while other states and other nations sprint toward the smart goal, the achievement finish line, the real learning prize.

Nothing in my professional experience as a United States Air Force Officer, attorney, businesswoman, and now corporate advisor for a successful company tells me I can fake my way to success.  The goals we have for education and prosperity in Alabama require real commitment and a solid strategy.  We have that now, and we should not give it up.  All the capability is there.  The plan is laid.  The process is underway.  We must stay the course.

In this article:Business Council of Alabama,education,Mary Scott Hunter 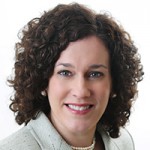 There’s no doubt, the Magic City Acceptance Academy is here to stay.