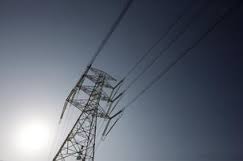 The West Alabama Young Republicans are hosting a forum on Thursday, September 19th in Tuscaloosa County for the Republican candidates running for the Alabama Public Service Commission Place 2 in June’s Republican Primary.

Dunn has drawn fire from many Alabama conservatives for his attacks on the Alabama Power Company, his calls for formal hearing on Alabama Power Company rates, and for alleged ties to environmental extremist groups. Industry insiders claim that exposing power company executives to depositions is simply a clever legal ruse to allow out of state environmental extremists to ask Alabama Power Executives detailed information about the companies operations. That privileged information would then be used in future environmental litigation against the company, which would potentially lead to the closing of Alabama’s coal fired electric power plants and higher electricity rates for Alabama families and businesses. Commissioner Dunn disputes these allegations and argues that he is simply trying to get lower electricity and natural gas rates for Alabama consumers. PSC President Twinkle Andress Cavanaugh (R) and Commissioner Jeremy Oden (R) have resisted Dunn’s call for formal hearings on power and gas rates.

Thursday’s event will be at Wintzell’s Oyster House on 1 Bridge Avenue in Northport at 6:15 pm. The regular West Alabama Young Republicans meeting will be held prior to the forum. The forum itself will begin at 7:00 pm.

The Alabama Public Service Commission is the agency tasked with overseeing and regulating Alabama’s utilities.