The South Huntsville Civic Association (SHCA) announced on Thursday that the U.S. Army Material Band will be performing from 6:00 pm to 6:45 during the Representatives Reception prior to the Congressman Mo Brooks Town Hall Forum.

The SHCA said in a written statement, “This is our opportunity to communicate with our U.S. Representative and to learn what is REALLY happening in Washington D.C. As always, the Congressman looks forward to communicating directly with citizens.”

The SHCA said that Alabama State Senators Paul Sanford and Clay Scofield and State Representatives Mike Ball, Jim Patterson and Howard Sanderford have all confirmed their attendance at the Monday evening event.

The SHCA said on Facebook, “This is a great opportunity to meet and have brief… discussions with Congressman Brooks, each of our AL State Representatives and members of the SHCA Board of Directors!

Food at the reception will be provided by Kathy’s Catering, Nothing Bundt Cakes, and Alan Markell Investments. The event will be held at Grissom High School in the Auditorium.

The SHCA also announced that Jones Farm Park will be the site of ValleyFest on Saturday, October 12, 2013. ValleyFest will offer residents across the TN Valley area an afternoon of ffine arts, crafts, exhibits, live music and food.

ValleyFest will start at 11:00 AM and last to 6:00 PM. The music line up of live music will include Mike Ball and the Madison Mountaintop Band. Hot air balloon rides will be available from 4:00 PM till 6:00 PM.

In this article:South Huntsville Civic Association 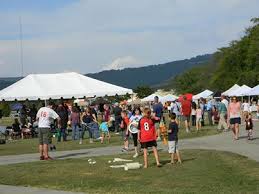