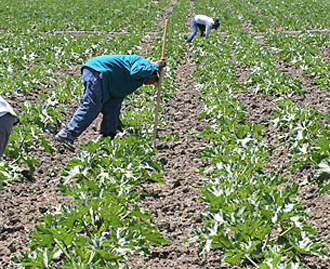 Alabama farmers are accustomed to natural disasters. Alabama farmers often have to deal with crippling droughts, as well as tornadoes that destroy fences, barns, forests, and leave debris, fields strung throughout fields (debris which has to be picked up before fields can be harvested or planted). And then, there are the hurricanes.

This year, Alabama farmers faced one of the wettest summers in Alabama history. Even for a state that is used to heavy rainfall, for too many farmers, heavy rain meant that crops spent too much time underwater; if farmers could get into flooded fields to plant at all this year.

Heavy rainfall also served as a breeding ground for insects, weeds, molds, and made it difficult (and sometimes impossible) to safely apply pesticides as needed.

On Thursday Alabama Governor Robert Bentley (R) announced that 50 Alabama counties the United States Department of Agriculture (USDA) were declared natural disaster areas, making farmers in those counties eligible to be considered for assistance from the USDA-Farm Service Agency.

Gov. Bentle said, “We all depend on our farmers and the crops they produce. Agriculture generates billions of dollars in revenue and thousands of jobs in Alabama. It’s important that we connect farmers with every resource available following the excessive rain and flooding we’ve seen this year. I appreciate Secretary Vilsack for recognizing the losses in counties across Alabama and for making assistance available to those who qualify.”

Alabama Commissioner of Agriculture & Industries John McMillan said, “This has been one of the rainiest years on record. Many farmers experienced significant losses. We are encouraged that the Secretary honored our request and is now offering necessary assistance.”

The 50 counties covered by the primary natural disaster designation include:

Farmers in those 50 counties can apply for assistance including FSA emergency loans. Farmers must apply within 8 months from the date of the Secretarial disaster declaration (September 18, 2013) to be eligible for emergency loans.

In his disaster designation, Secretary Vilsack outlined that, in accordance with section 321(a) of the Consolidated Farm and Rural Development Act counties adjoining the disaster area can also apply for assistance.

All applications will be evaluated individually based on direct production losses. Governor Bentley encourages all affected farmers to contact their local USDA service center.