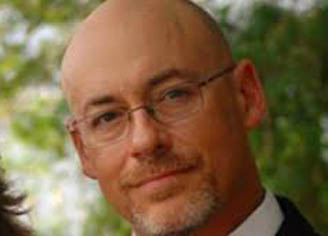 As predicted in polling, the former head of the Alabama Two Year College System and former State Senator Bradley Byrne from Montrose emerged as the #1 vote getter in the Republican Party Primary for Congressional District one.

Byrne said, “Thank you to our amazing supporters for a great night. On to the runoff!”

The Dean Young Campaign said on Facebook, “We are in the runoff. Please say a prayer of thanks and ask for “His” blessing upon us as we march on to the battle against Goliath!”

Late Tuesday night Alabama Republican Party Chairman Bill Armistead said in a written statement, “I would like to extend my sincere congratulations to Bradley Byrne and Dean Young upon being selected to participate in a primary runoff for CD1. The nine republican candidates who ran in this special primary should be commended for their hard work and dedication to their southern district. We look forward to the runoff election and are confident that the First Congressional District will have another conservative Republican Congressman to look out for the interests of the people throughout the district.”

The winner of the Tuesday, November 5, 2013 Republican runoff between Byrne and Young will face Democratic Primary winner Burton LeFlore from Mobile. Democratic voters selected LeFlore over Lula Albert-Kaigler with more than 70 percent of the vote. LeFlore is a real estate agent.

Chairman Armistead said, “I know that Bradley Byrne or Dean Young will represent the district and state well as they fight to get our country back on track from the train wreck we have experienced with the Obama Administration. I do not know of a time where there was a greater need for strong leadership in Washington than there is today. Our country is headed at break neck speed in the wrong direction and I trust that whoever is successful in winning the run-off will be bold from day one in fighting the on-going overreach of the federal government under President Obama.”