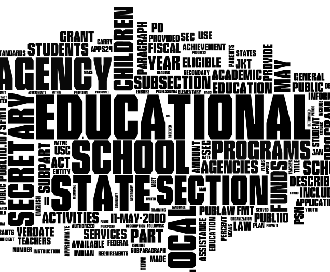 On August 8, the Alabama Constitutional Revision Commission adopted a proposal to change the constitutional language addressing the right of Alabama’s children to a public school education.

What has caused great alarm among educators and those who have worked for honest constitutional reform is the fact that the commission has eliminated the right of judicial review from this section of code.

Widespread apprehension as to the meaning of the new terms caused the Alabama Association of School Boards to write the commission to ask that they do further legal study into the, “impact of this language and, particularly, likely consequences, evident and potential.”

The Association of School Boards was joined by a host of other groups including the School Superintendents of Alabama in stressing, “The potential for unforeseen and unintended consequences.”

“The legislature shall establish, organize and maintain a liberal system of public schools throughout the state, for the benefit of the children, thereof, between the ages of seven and twenty-one years.”

Last year, a Constitutional Amendment was placed on the statewide bailout to abolish that sentence and provide another diametrically opposed phrase saying,

“…but nothing in this Constitution shall be construed as creating or recognizing any right to education or training at public expense.”

The call for the change was said to remove “racist language” from the State Constitution, but many, including the Alabama Education Association, saw something much different and the measure was defeated at the polls.

After the ballot defeat of the proposed constitutional amendment, the AEA agreed to work with the State Legislature to remove the racist language from the text while leaving the meaning for the children’s education intact. However, this new proposal from the commission has met with resistance from the from the Educator’s Association.

In a letter to the commission, Dr. Henry Mabry, Executive Secretary / Treasurer of the Association wrote, [The] “AEA has been monitoring your work toward the goal of eliminating racist language from the sections of Alabama’s Constitution relating to public education. While the replacement language for Section 256 was not as broad and comprehensive as we had hoped, we were prepared to support the language that had emerged from your deliberations which kept intact the right of Alabama’s children to a public school education. At this point, though, we will be forced to part ways if the amendment brought by Mr. Matt Lembke is allowed to remain part of your proposal.”

Lempke is a commissioner on the Constitutional Revision Commission who added the language that removed Section 256 from judicial review.

During discussions at the August 8th meeting, Lembke said that he was concerned about the vagueness of the language, comparing it to an “impressionist’s painting; it means whatever you want it to mean.”

He said that he was “fearful that that would give rise to a new wave of litigation.”

Lembke said he was especially concerned about “equity funding litigation.”

However, Othni Lathram of the Commission staff reminded Lembke and the others that,

“Amendment 582 was ratified in the late ’90s and arguably in direct response, I think, to the school equity funding litigation. The gist of it, is that the Courts cannot impose an appropriation type funding change, without it being approved by the Legislature. And this provision is actually cited in Judge Linwood Smith’s opinion in the Lynch v. State case for the proposition that as a matter of separations of power under the Alabama Constitution.”

Lembke said that wanted to preserve the meaning as to what type of education system the state would provide in the hands of “the 140 elected members of the legislature and the elected Governor.”

Lembke said he wanted the question kept away from “a single, unelected Federal judge… or some small group of state judges.”

To this, Mabry responded in writing saying, “A right without a remedy is not a right. Without the ability to enforce a right through the courts, such language would be meaningless. We are aware of no other constitutional right that is subject solely to the good will of elected officials, as public education would be if your proposal were to be adopted in the present form.”

Mabry further states, “Surely Mr. Lembke and those of you who supported his amendment would not appreciate an amendment to the Second Amendment to the U.S. Constitution which said that citizens have the right to bear arms, but cannot go to court if that right is infringed upon. The same protection should be afforded Alabama’s school children.”

The letter from the Association of School Boards echoes the same sentiment saying, “The language you approved imposes a serious and important obligation on the Legislative and Executive Branches of our government that cannot be enforced by the Judicial.”

Sally Howell of the Alabama Association of School Boards said, while she respects the concerns over litigation, she still believes that the people are best served when the checks and balances of our system of government are preserved.

The Constitutional Commission voted to approve the changes to Section 256 with Lembke’s amendment by a seven to ten vote.

Lembke is a partner at Bradley Arant Rose & White LLP.

In the fall of 2002, Lembke served as counsel to the Riley for Governor campaign.

Lembke and his firm have received millions in state contracts under the Riley administration.

Lembke has served on the Commission since it inception. 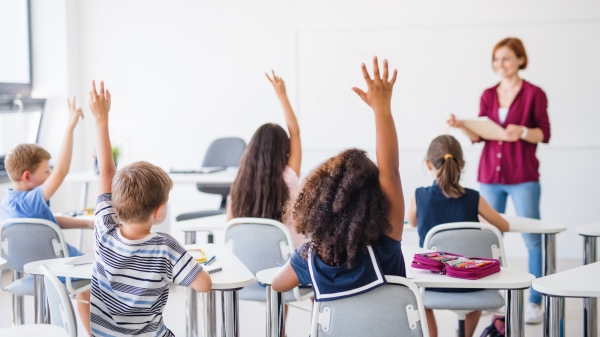