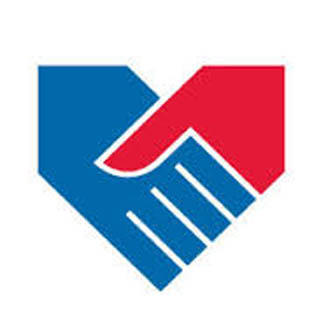 MONTGOMERY—A battle taking place in Mississippi has crossed the border as a one-time investigative reporter-turned private investigator, is looking into several non-profits and at least one powerful state legislator in Alabama.

Eddie Curran, formerly of the Mobile-Press Register, now serves as a private investigator for the Mississippi based non-profit Bigger Pie Forum.

According to the non-profit’s website, they “research and talk about ideas that encourage economic freedom, discourage cronyism, and help Mississippi’s economy grow.”

The group says that they, “want to bake a bigger economic pie that gives everyone a chance to get a larger slice.”

Bigger Pie Forum has been a vocal critic of the new power facility, with the founders Ashby Foote and Kelley Williams routinely speaking out against the project.

Those who support the jobs created by the energy and coal industry have also been vocal in their suspicions of Bigger Pie and it founders.

Over the last several weeks, Curran has made calls and sent out emails requesting information from various non-profits and individuals who may have allegedly made disparaging remarks about Bigger Pie or its supporters.

Curran said he sent out one such email to the Alabama Speaker of the House, Mike Hubbard. While Curran would not share a copy of the email, he did confirm that he sent an email to Hubbard and that in the email he referenced an attack on Public Service Commissioner (PSC) Terry Dunn (as reported by John Archibald). Archibald wrote that Hubbard called Dunn to his office and told the commissioner that he was “taking his job too seriously.”

Curran said, in part, he wrote the Speaker to ask, “Why would he summon a PSC commissioner to his office?”

Dunn has repeatedly stated that he has been under attack by those who would protect the profits of big power and big coal.

Curran said he became interested in Dunn because various groups were trying to “paint him like some environmentalist as a way of trying to mess with him…to try to paint him as kind of a nutcase.” He said Dunn was being attacked because he was raising the question about rates and not because he was a nutcase.

Bigger Pie has been a critic of power rates relayed to the Kemper facility.

So, it would appear that Curran as a P.I. is now tasked with digging the dirt on anyone who may criticize the critics.

Curran’s email is said to also have drawn attention to Hubbard’s $12,000 a month contract with the power provider, Southeastern Alabama Gas District (SEAGD).

Hubbard served for almost two years as part of the energy companies business development team but has recently abandon the high paying job “because of unfounded criticism being generated by politically-motivated liberal groups in Montgomery,” according to Hubbard.

Along with Hubbard, Curran says he is investigating the JobKeeper Alliance as well a PACE.

JobKeeper Alliance says it is “an alliance formed between the business community and labor. This partnership is cemented by the two group’s mutual interest in protecting jobs and working to create new jobs.”

According to the organization’s website, PACE states, “The Partnership for Affordable Clean Energy (PACE) is a coalition of working people, business owners, environmentalists, and trade organizations who are fighting for fair, responsible energy policies.”

The official list of partners with PACE reads like a who’s who of the business and labor community. From the AFL-CIO to the Business Council of Alabama, to the Coalition of Alabama Waterway Associations and the Alabama Cattleman’s Association.

However, Curran doesn’t seem to see a coalition of business and labor, but rather a more sinister affiliation of shadow groups who are out to protect to interests of energy and coal.

Curran says he was hired by Bigger Pie after JobKeepers and PACE published reports criticizing the organization financial activities.

Recently, the JobKeepers Alliance called attention to the “transfer of taxpayer money to the Bigger Pie Forum. The money at issue is unused funds held by the no longer operational Institute for Technology Development (ITD), a nonprofit subsidized by Mississippi taxpayers for two decades to the tune of $32 million.”

JobKeepers also accused Bigger Pie’s other chief, Kelley Williams, of “using the money from ITD to fund its fight against [the Kemper Energy facility], one of the state’s largest technology-based economic development projects.”

Curran said that, like Dunn, his client Bigger Pie has been attacked by JobKeepers which prompted his investigation.

JobKeepers’ Executive Director, Patrick Cagle also received an a call and a email from Curran who questioned —among other things—the fact that Cagle’s father was once the head of security for Alabama Power.

He also sent a similar email to Lance Brown, the executive director of PACE.

In Curran’s emails he seems fixated on a conspiracy that he believes exist between PACE, JobKeepers and power providers.

Curran says that his report will be distributed on the web with a video of his complete investigation later next week.